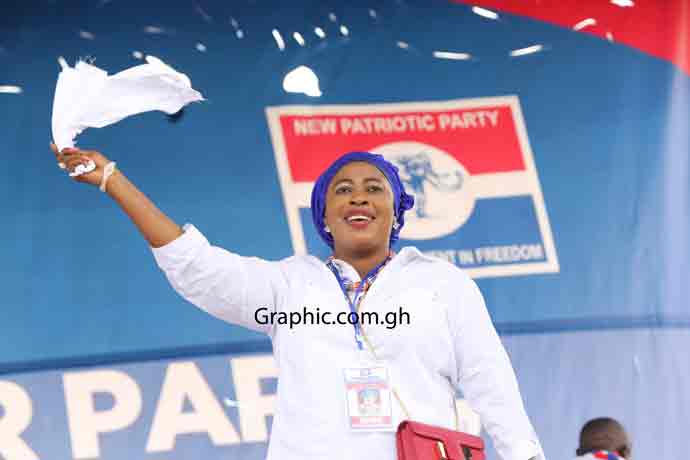 The Women's Organiser of the New Patriotic Party (NPP), Kate Gyamfua has broken her silence on the burning of some excavators belonging to her which were said to be involved in illegal mining in the Eastern Region.

She questioned the burning of the machines by members of Operation Halt and said the mining company was engaged in responsible mining and was not operating on water ways.

Kate Gyamfua is the General Manager of Extra Gold Mining Company Limited, which is one of the mining companies which have seen their machines destroyed by the anti-galamsey task force.

At a stakeholders meeting between the Eastern Regional Coordinating Council and large scale miners, Kate Gyamfua said her company has a license.

She said an attempt by her company officials to show their mining license to members of the Operation Halt was not successful as the soldiers were not ready to look at their documents and went ahead to destroy the equipment.

The Eastern Regional Minister, Mr Seth Kwame Acheampong told the stakeholders at the meeting that the activities of Operation Halt will be reviewed.

He said the operation was going to move into the next level and said in the Eastern Region there are six district assembly areas where heavy mining activities were underway.

She said a series of meetings would be held in smaller groups in areas where these mining activities are ongoing to ensure that there was responsible mining and ensure that people were operating with the requisite permit and licenses.

The Eastern Regional Police Commander, DCOP Edward Akrofi called on the miners to report police officers who were aiding the activities of illegal miners for appropriate administrative disciplinary action to be taken.