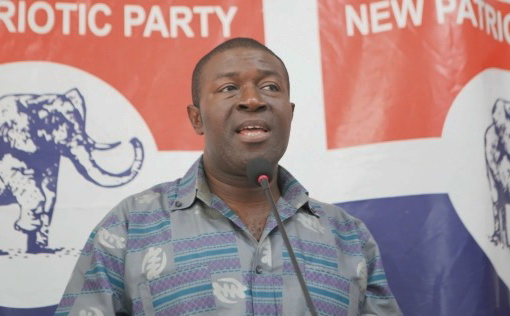 The governing New Patriotic Party (NPP) has questioned the genuineness of the election 2020 promises being made by the flagbearer of the opposition National Democratic Congress (NDC), former President John Dramani Mahama.

According to the NPP, Mr Mahama’s promises are not consistent with his earlier position on those issues he had been making promises about, and that he is only making those promises to woo voters.

Speaking at the NPP’s weekly press conference in Accra Monday, September 21, 2020, the Managing Director of the State Transport Company (STC) Nana Akomea, questioned what might have changed that all of a sudden, Mr Mahama has now changed his positions on issues he strongly opposed in the 2016 elections.

He said Mr Mahama, for instance, opposed the Free Senior High School education, payment of teacher and nurses allowances and also banned the operation of ‘okada’ but now wants to give green light to all of them.

He said, Mr Mahama’s promises lacked credibility because he cannot be trusted on the issues he has promised to deliver because when he had the chance to lead the country, he did not implement any of the promises he has been making.

“There is a lot of inconsistencies in what Mr Mahama is promising,” Nana Akomea indicated, and asked, “Where is the credibility?”

According to him, Mr Mahama during his time as president cautioned Ghanaians to be careful about the promises that people who are not in government make because they do not speak in relation to the realities on the ground.

He noted that Ghanaians ought to be careful about the promises Mr Mahama has been making because he is not speaking in relation to realities.