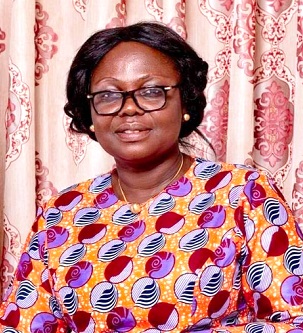 The Bono Regional Minister, Justina Owusu-Banahene, has expressed optimism about the possibility of the party retaining power, if issues of public concern were seriously considered, addressed and factored into the governance process.

The regional minister said the party would be victorious in the 2024 general election, if members and supporters remained united and focused on effective campaigning.

Ms Owusu-Banahene made the appeal at the electoral victory thanksgiving service held for the National Chairman of the NPP, Stephen Ayensu Ntim, at the Wesley Methodist Church at Wamfie in the Dormaa East District of the Bono Region.

The service was attended by some high-profile members of the NPP and some traditional rulers, including Osagyefo Oseadeeyo Agyemang Badu II, the Paramount Chief of Dormaa Traditional Area and President of Bono Regional House of Chiefs, relatives of Mr Ntim and the general public.

Ms Owusu-Banahene said the region was noted for its poultry and food crops production but lacked factories to process them to get value-added products for both local consumption and export to facilitate job-creation and wealth to enhance the livelihoods of the people.

She, therefore, promised to work, in collaboration with Osagyefo Agyemang-Badu II, and other relevant stakeholders to revamp the poultry industry in the Dormaa enclave as a means of promoting local industries to contribute to the region's sustainable economic growth.

Ms Owusu-Banahene appealed to traditional rulers to use their authority to influence change in a positive way to prevent lawlessness and chaotic situations to maintain law and order in their communities and jurisdiction to ensure peace, a key factor for socio-economic progress.

Osagyefo Agyemang Badu II commended Mr Ntim for bringing honour to the people of Dormaa through his election as the first national chairman of the party from the area.

He entreated the people to engage in regular clean up exercises to maintain proper and good sanitation practices to ensure environmental best practices to attain quality state of health.