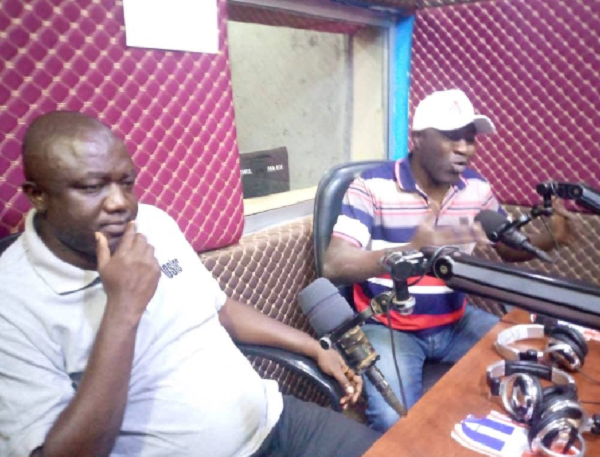 The political space for the New Patriotic Party (NPP) in the Northern Region is getting hot in the lead up to the party’s internal election.

It follows what some party members described as selective implementation of the party’s campaign code after two leading members in the region had been suspended for supporting the candidature of a presidential hopeful, Mr Alan Kyerematen, while other party members are openly campaigning for some candidates without punishment.

Political watchers in the region believe if the situation is not properly managed, it could derail the NPP’s fortunes in the 2024 general election as it would create sharp divisions in the party.

The situation has, therefore, heightened the political atmosphere in the region.

Even before some aspirants would openly declare their interest to contest the upcoming internal election, social media, traditional media spaces and the entire atmosphere are already awash with series of engagements purporting to campaign for the aspirants.

It has, however, resulted in the suspension of some leading members of the party in the region as they are said to have defied the directives of the party for members to cease all campaign-related activities.

What is often referred to as “mafia tactics” in politics have also begun as some leading members of the NPP in the region have allegedly been arrested or threatened for openly declaring their support for some regional aspirants and flag bearer hopefuls.

On the flip side, some leading members of the party are also said to be scheming and using covert means to kick some of the incumbent regional executive members out of the contest as they allege those members are not indigenes of the area, the Daily Graphic has gathered.

On January 6, 2022, two leading members of the NPP believed to be members of the campaign team of flag bearer hopeful, Mr Alan Kwadwo Kyerematen, were suspended by the party for defying the directives for all members to cease campaign-related activities.

The two, Mr Dawuda Jentuma, an Electoral Area Coordinator, and Alhaji Ibrahim Kaleem, a member of the NPP communications team, were suspended after they engaged in a series of radio programmes to protest what they described as unfair treatment in the application of party rules and regulations by the Regional Chairman, Mr Mohammed Bantima Samba.

A letter dated Thursday, January 6 and signed by the NPP Constituency Chairman for Tamale Central, Mr Mohammed Ibrahim, and addressed to Mr Dawuda, who is the Choggu West Electoral Area Coordinator of the NPP, stated, “Pursuant to Article 3 Clause 7 (1) of the constitution of the New Patriotic Party, this letter constitutes official notice of your indefinite suspension as the Choggu West Electoral Area Coordinator for the New Patriotic Party in the Tamale Central Constituency.”

“You have also been referred to the constituency disciplinary committee for investigation for a complaint of misconduct. Specifically, on Tuesday, January 4, 2022, you were in the studios of Radio Tamale for a live radio programme to ostensibly promote the bid of Hon Alan Kyerematen for 2024,″ the letter stated.

Similarly, a letter signed by Mr Mohammed Ibrahim Sheriff, the Regional Communications Director, directed Alhaji Kaleem to with immediate effect cease communicating for the party in the region as he had flouted the party’s directives.

“My attention has been drawn to your participation in a programme on Radio Tamale designed for the sole purpose of advancing the campaign of a purported flag bearer aspirant.

Last year, the National Secretariat of the NPP banned all party officials from declaring public support for any aspirant ahead of the official opening of nominations.

It also banned the public display of paraphernalia promoting or advertising any aspirant ahead of the opening of nominations.

To ensure the strict adherence of the directives, the regional secretariat on December 30, 2021 also issued a directive for party members to cease, among others, all media engagements purporting to campaign for flag bearer hopefuls.

At a press conference in Tamale last week, a group calling itself North for Alan 2024, questioned the fairness of the leadership of the party in the handling of its directives on party members to stop campaigning for flag bearer aspirants, describing it as selective application of party rules.

The group questioned why the leadership of the party were quiet on the declaration of support for Dr Mahamudu Bawumia’s flagbearership bid by some leading members of the NPP across the country despite a ban on all campaign activities by the aspirants and party members.

“Since the announcement, a number of high-ranking members of the party have openly declared support for the Vice-President who, together with his supporters, has left nobody in doubt that he is interested in contesting the NPP flagbearership.

It called for a level paying field for all aspirants, saying the “selective application of party rules could derail efforts of the party to break the eight”.

In an interview monitored on Tamale-based Diamond FM last Tuesday, Alhaji Farouk Aliu Mahama revealed that all the nine NPP Members of Parliament in the region were rooting for the incumbent regional chairman to retain his position.

“His efforts were able to increase the votes in the Yendi Constituency by 16,000 votes, not only that, my brother Habib, my senior brother Anta, Tampuli and others won through the efforts of Chairman Samba. Farouk Aliu Mahama’s other MPs are solidly behind Chairman Samba,” he stated.

Reacting to the suspension, Mr Dawda Jentuma, one of the suspended members, said “I am the coordinator and my electoral area is mentioned, so I am treating it with some respect, but we will not sit down for people to destroy the party.”

He added that if the current happenings were not handled properly, it would affect the political fortunes of the NPP in the next general election.

The Northern Regional Communications Director of the NPP, Mr Mohammed Sheriff Ibrahim, said the two members were suspended for defying directives to desist from campaigning for a flag bearer hopeful in the media.

"We suspended them outrightly because they flouted the directive against campaigning for flag bearer.

“The MP for Yendi did not flout any directive because he only declared support for the Regional Chairman. There is no directive stopping members from campaigning for regional aspirants, the directive is only on the National executives and flag bearers," he explained.