Nomination forms should be sold online 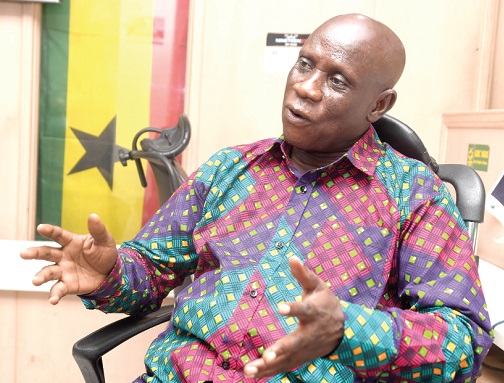 A leading member of the New Patriotic Party (NPP), Nana Obiri Boahen, has suggested the sale of nomination forms for various positions of the party should be made online.

That, he said, would eliminate the tension and confusion that had characterised the opening of nominations for aspirants to contest for various positions.

He said it was such a situation that cost the NPP an absolute majority in the current Parliament.

Speaking in an interview with the Daily Graphic in response to the confusion that erupted in some constituencies on the sale of nomination forms, Nana Boahen, who is a Deputy General Secretary of the party, said the NPP had won the admiration of Ghanaians who desired to be associated with the party and occupy positions in the party.

He said it did not, therefore, augur well for the party if nomination forms were not available for aspirants and, thus, created disaffection.

“We should have learnt lessons from the past. This is what resulted in the reduction of our numbers in Parliament,” he stated.

Nana Boahen said the clamour for the forms demonstrated that people were willing to work and die for the NPP to ensure that the party remained in government for a long time.

Anxiety and tension have gripped many polling station executives of the NPP over their inability to obtain nomination forms to begin the party’s internal elections ahead of the crucial 2024 general election.

The NPP has set an agenda to break the eight-year cycle of being in power; but since the nomination opened last Saturday, there had been suspicions and disturbances in some constituencies, as some aspirants accused election committee members of not making the forms available for purchase.

He, however, said the situation on the ground would create disaffection for the party.

“What will happen at the constituency, regional and even at the national level if the current situation is not addressed?” he asked.

According to him, the party needed every single person on board, stressing that “we cannot afford to lose them”.

He, therefore, stressed the need for the party to begin reforming some of its practices when it came to the conduct of internal elections.

The NPP opened nominations for candidates interested in contesting as polling station and electoral area coordinators from February 19 to 21, 2022 but was extended to yesterday (Tuesday).

Currently, the National Council of the party is renewing the processes including vetting and the date for the polls.

The National Council had earlier announced guidelines for a polling station, constituency, regional and national executive elections for this year.