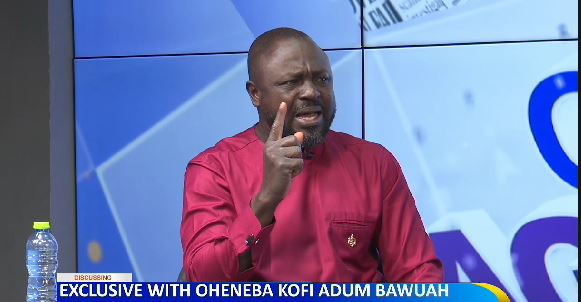 Four candidates in the upcoming elections to elect new executives to run the affairs of the governing New Patriotic Party (NPP) in the Ashanti Region, have petitioned the national executive body of the party to postpone the elections scheduled for Friday, May 27, 2022, so as to enable them deal with some irregularities.

The four petitioners, all aspiring to be the Ashanti Regional Chairman of the NPP are Oheneba Kofi Adum Bawuah, Robert Asare Bediako, Odeneho Kwaku Appiah and Kwabena Owusu Aduomi.

Bawuah presented the petition to the party national headquarters in Accra on Tuesday [May 24, 2022].

Bawuah strongly called for a postponement until the issues are resolved as to him, it was unacceptable for example that with just two days to the elections, the electoral register is not available to each of the candidates.

He has decided to advise himself and stay out of the elections as another form of protest, if the national headquarters does not resolve the issues and allow the elections to go ahead with the outstanding issues, something he said could have dire consequences for the party in the 2024 elections.

The contest for the Ashanti Regional chairmanship of the NPP has gained momentum.

Although there are other positions at stake in the upcoming regional delegates conference, the one that is being fiercely contested is the regional chairmanship, which has five party stalwarts battling it out in a who-is-who affair.

Among the reasons for the petition asking for the postponement is the unavailability of the voters register to aspirants for them to know the voters with two days to the elections on Friday.

They have also raised issue with the venue for the elections - the premises of the Ashanti Regional Coordinating Council (RCC).

The candidates are of the view that the venue, which is a place for running government business, does not sit well for the party to organise it's regional elections there as it qualifies as incumbent government abuse in using state/government facility for political party event/activity.

They have alleged that, Mr Osei Mensah is a relative of one of the candidates, Bernard Antwi Boasiako, who is the incumbent chairman seeking re-election and insists that Mr Osei Mensah has openly declared his support for Boasiako and has openly been campaigning for him, even though he is the chairman of the election committee.

Chairman Wontumi before becoming Regional Chairman was constituency chairman for Bosomtwe where Osei Mensah also served as Member of Parliament. According to Bawuah, the two of them are known to have worked together very well and that it was fair that, Osei Mensah stays away as chairman of the election committee on grounds of conflict of interest.

Kofi Adum Bawuah for instance has said they were only made aware that Mr Osei Mensah was chairing the election committee just last week [Saturday] hence their inability to challenge his position earlier.

They want the leadership of the party at the national headquarters to intervene and postpone the election scheduled for Friday, May 27, 2022 as the "shenanigans" leading to the elections was embarrassing.

With two days to the elections, the petitioners argued that, they don't even have the electoral register.

Each constituency has 17 representatives/voters when it come to the regional elections. It is made up the 10 elected constituency officers and seven others appointed by the constituency executives.

There is also one representative each from all the recognised bodies of the party in the region such as NASARA and the Tertiary Education Confederacy (TESCON).

All these delegates, the petitioners argue are supposed to be on the voters register [album] but they don't have the register as of Tuesday night [May 24, 2022].

To them, since they followed the constituency elections, there could be the assumption that they know each of the 10 elected officers from the constituencies but the remaining seven from each constituency appointed by the executives are not known, same as the representatives from the recognised bodies.

"We can't even contact them to send our campaign messages to them since we don't know them with two days to the election," Bawuah lamented.

Bawuah for instance, speaking on the Boiling Point radio talk programme on Accra based Oman FM on Tuesday night [May 24, 2022] monitored by Graphic Online agreed the timing between the constituency elections and the regional one could be a factor since many of the constituencies are still in the process of appointing their seven representatives.

But that is the more reason I think the election should be postponed, he said.

With the exception of the incumbent Chairman Wontumi who has not raised any issue since, all of these seem be working out to give him an advantage, all the other aspirants are in on this one with me, Bawuah said.

"If national does not act on this, I for instance will decide to advise myself and step aside and will not continue with the contest as a form of a protest," Bawuah added.

He said these are some of the reasons that accounted for voter apathy in the 2020 general elections in the Ashanti Region.