No need ‘fighting’ over who introduced free SHS, answer is clear - Prof Agyekum 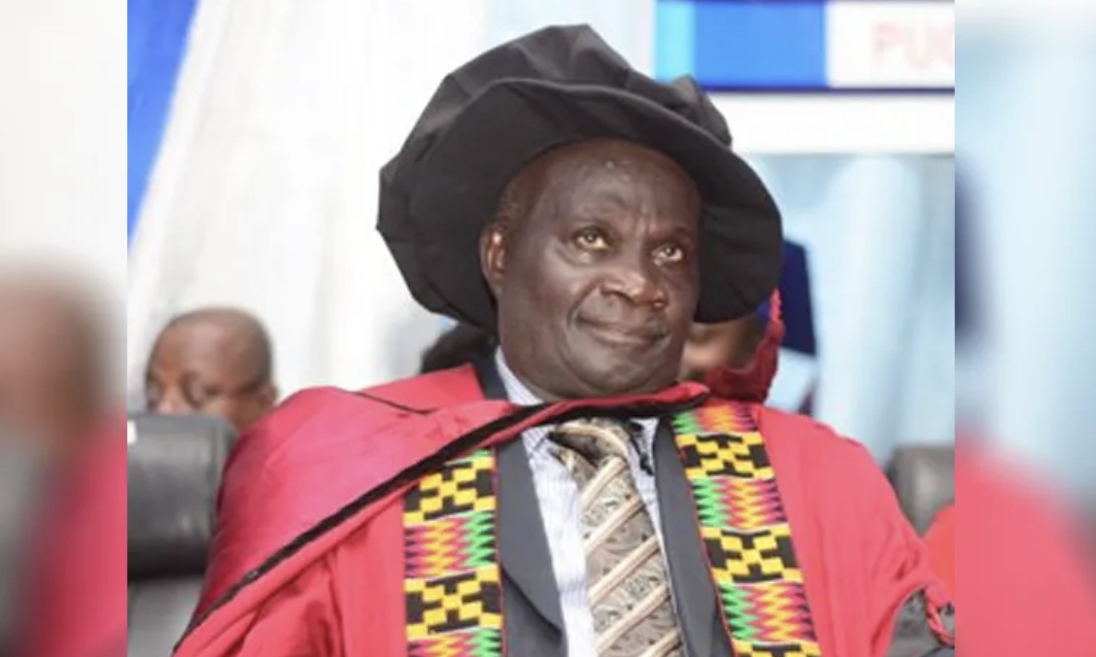 There is no need wasting time, fighting and arguing about who introduced the free senior high school (FSHS) education policy.

It is very clear and every Ghanaian knows it was President Nana Addo Dankwa Akufo-Addo who touted it whilst seeking power and went ahead with a universal introduction when he was elected.

If we were to hit the streets and randomly sample views, I am sure every Ghanaian will tell you it was Akufo-Addo who introduced it.

These were the words of Professor “Opanyin” Kofi Agyekum, a linguistics professor at the University of Ghana, when he joined the radio panel discussion on Accra based Peace FM’s Kookrokoo morning programme on Thursday [November 26, 2020] monitored by Graphic Online.

The discussion and Professor Agyekum’s statement followed Daily Graphic’s front page story, “Battle over free SHS - Will it be the game changer?”

Last Tuesday [November 24, 2020], while on a tour of some constituencies in the Upper East Region, former President John Mahama stated that “we started the policy [free SHS] and the NPP came and continued it”.

But, addressing a gathering at Odorkor Wednesday [November 25, 2020], President Akufo-Addo described the statement made by former President Mahama as “something which shocked me”, reports Donald Ato Dapatem.

Expressing disbelief over Mr Mahama's claims that he (Mahama) began the free senior high school (SHS) policy, President Akufo-Addo said when he [Akufo-Addo) promised free SHS in the 2008, 2012 and 2016 campaigns, “they [Mr Mahama and NDC] said that I was deceiving Ghanaians, and that it was a vote-buying gimmick and that even if it would be possible, it would take about 20 years”.

He continued: “Not long ago, he [Mahama] said that if he had GH¢2 billion, he wouldn’t use it to pay school fees, but rather he would use it on something profitable. Today, he says that he introduced free SHS.”

President Akufo-Addo then asked the gathering: “ Are we going to allow the former President to come back to power through lies and deception?”, to which the crowd responded with a big “no”.

Insisting that the free SHS was his baby, Mr Mahama, while addressing a rally in Navrongo last Tuesday, accused the Akufo-Addo administration of messing up the policy reports Kester Aburam Korankye.

He said if the NPP administration had continued with the plan for a progressive free SHS, the policy would not have been saddled with the double-track system which was causing frustration for both students and parents.

"If they had listened to us and continued with our plan for the free SHS, which we started with day schools in 2015, this traffic light system could have been avoided," the former President said.

He pointed out that the Akufo-Addo administration poorly implemented the policy without consideration for the lack of infrastructure to support it and that had rendered it ineffective.

"We were building 200 new SHSs. We didn't finish all before we left but this government came and abandoned all of them. So this is what we will do: we will fast-track the completion of the 200 schools we were building, so that children can have enough vacancies in SHSs to have quality education," he said.

"I have made a promise to Ghanaians and I will repeat it here in Navrongo: within a year in office, I will abolish the double-track system," he added.

Read also: Battle over Free SHS: Will it be the game changer?

Speaking in the Twi language on the Peace FM's morning programme monitored by Graphic Online, Prof Agyekum said personally he does not waste time over unnecessary fights, fights that do not have substance.

He said a dream that is not revealed or discussed or exhibited, will continue to remain a dream, adding that it will still remain a dream when the dreamer does not really remember what he or she dreamt about.

Prof Agyekum insisted that if Ghanaians were to be asked who introduced free SHS, everybody will say President Akufo-Addo.

For him, whether it was introduced in 2015 or not, either by "Kwaku" or "Akosua" it is meaningless now and that the important thing is that, it has come to stay and students are enjoying from it and every Ghanaian knows who introduced it.

He said that was why some were suggesting that, the campaign messages on free SHS in the past should be replayed.

Speaking proverbially, he said a sweet whistle, always resounds in the mind and encourages the whistler to repeat it or change it when it does not sound sweet.

He said his wish was that, after every election, politicians, especially flagbearers would commission researchers on their campaign messages, concentrating especially on the last one month before the election and review their messages on whether or not they were truthful in their campaign.

Concluding on the subject, he reiterated that Ghanaians were well aware of who introduced free SHS and so he wouldn't want to make long speeches on that.