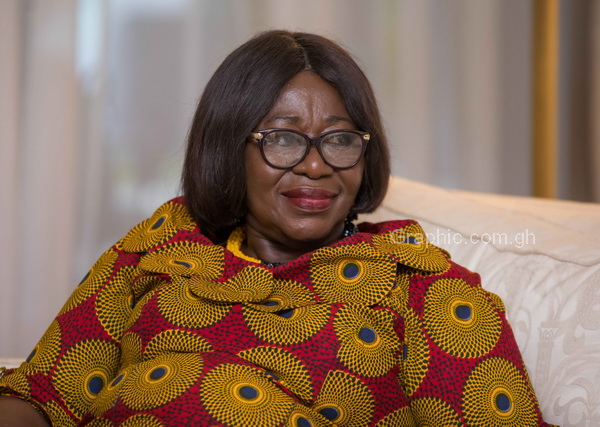 means that all ministers, deputy ministers, metropolitan, municipal and district chief executives (MMDCEs) and heads of government agencies are to temporarily suspend their foreign travels with immediate effect.

A letter from the Office of the President, dated June 21, and addressed to all the affected officials, said: "Guidelines in respect of future foreign travels, aimed at disruption to government's domestic work, will be communicated to you shortly."

The letter, signed by the Chief of Staff, Madam Akosua Frema Osei-Opare, added: "The Minister for Foreign Affairs and Regional Integration is, however, exempted from this temporary ban on foreign travels."

When contacted to throw more light on the rationale behind the ban, the Minister of Information, Mustapha Abdul-Hamid, said the statement was basically to reinforce, and upgrade a verbal directive on minimal travel the President had issued to ministers when they assumed office.

The statement, he said, was also intended to extend the directive to all key actors of the government machinery.

He explained that the full concentration of the government machinery was needed in the country, where the bulk of the work of governance was executed to boost productivity, which was already at an appreciable level.

“The President has always insisted that ministers of state should international travels because, although the government’s business is both local and international, the bulk of it is concentrated within the country,” he said.

Considering the impact that government officials were making, even with the few of , Abdul-Hamid said, the President was optimistic that productivity and efficiency could be further enhanced with a fuller concentration of the government machinery in terms of physical presence to accelerate the delivery of the government’s development agenda.

With regard to the economic impact of the ban, the minister said automatically such a directive would have an impact on the public purse because the money that government officials were entitled to by law would be saved and redirected to other beneficial use within the period.

On whether the ban was to curb too much travel by government officials, he said that was never the reason.

“I am sure, as the President has always done, the ban will be in the overall interest of the state and has nothing to do with government officials abusing travel privileges,” he said.

In December 2015, the Presidency issued a similar directive but restricted it to the cutting down on 'unwarranted foreign trips' by ministers and govern­ment officials.

According to a notice sent to all ministers and heads of government departments in respect to that directive at that time, the state was incurring cost from unwarranted foreign trips by officials who mostly first and business classes.

A notice from the Office of the then Chief of Staff, Julius Debrah, to that effect stated: "You may refer to letter num­ber OPGA 56 of 26th 2015 addressed to all minis­ters by the Secretary to the Cabinet on the above-stated subject [foreign travels].

"It is needless to the serious impact the cur­rent frequent travels abroad by ministers and public offi­cials is having on government finances.

"To arrest the situation, all ministers are reminded to restrict foreign travels in their sectors to mandatory inter­national assignments only.

"All non-essential travels are to be stopped. All minis­ters are to take notice of the foregoing directive for strict compliance."