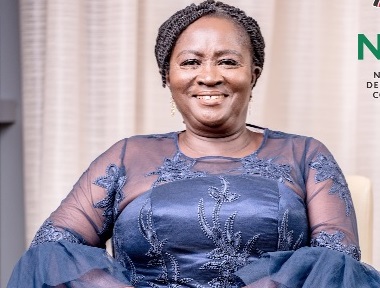 Prof. Opoku-Agyemang, who is the running mate to the flag bearer, Mr John Dramani Mahama, said there was the need to link technical and vocational education, as well as production and import, saying that if people were given adequate training in their fields, they would be able to set up industries for production and reduce the high rate of imports into the country.

As a party, she said, the NDC would ensure that it trained a lot of people who had the capacity in the technical and vocational fields to have the needed background to be able to produce for industries.

“That was one of the reasons why we began with turning our polytechnics into technical universities as preparations towards achieving this feat. We are all talking about industrialisation, and this is one of the ways we want to begin.

“By doing so, we will be creating the right kind of jobs for people,” she said.

Prof. Opoku-Agyemang was speaking to The Mirror in an interview in Accra yesterday.

Educational training
Explaining the levels of education and training in the country, she said there were various levels of training according to the needs of the country, adding that even at the secondary school level, there was also technical, apprenticeship curricula, among others.

She said the system was, therefore, never about one level, but needed to be connected. 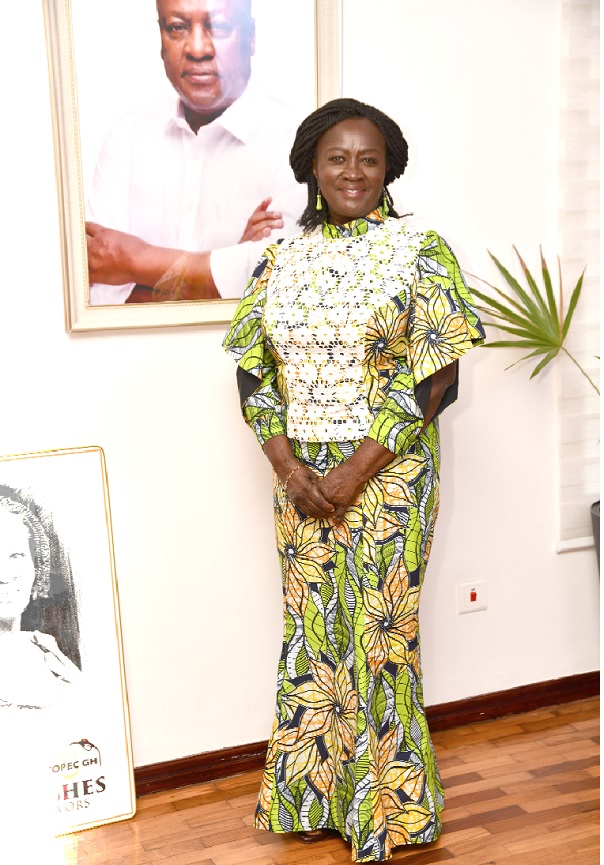 Using the symbol of a chain as an example, the running mate said a chain was as strong as the weakest link, and each one must connect to the other and be made strong so that the final product would be useful, strong and applicable to the needs of the country.

“We cannot keep hanging our economies on primary commodities forever, and we need to sit up. So we started paying attention to technical education in our previous life.”

To be able to diversify and add value to Ghana’s primary products, she said there was the need to also diversify its educational system by offering the needed training to produce the right human resources to change the status quo.

Progressive SHS
As an educationist, Prof. Opoku-Agyemang emphasised that it was the strong belief of the party that free senior high school (SHS) needed to start progressively in order not to put others at a disadvantage.

“Our researches showed that on average certain kinds of students went to day school. So that those who cannot afford boarding can begin with day school. That is how come we started putting up more schools — the E-blocks which had facilities like laboratories that even some universities did not have”.

“If you rush to implement same without putting in place the necessary structures, you will end up putting a lot of people at a disadvantage. So we decided that we will target and implement progressively Free SHS. We needed the books, teachers, laboratories, equipment, libraries,” she said.

Empowering women
One of the programmes Prof. Opoku-Agyemang said the party had put in place for women was the development of the girl-child, “finding ways to make the girl go to school, stay and return home peacefully.”

“We have plans to develop the girl-child into a mature and responsible citizen. One of them is to ensure every girl-child has access to sanitary towels in order not to break their educational cycle and stay at home whenever they are menstruating.

“In some countries, governments have put funding of sanitary towels for girls in their budget due to the seriousness of the situation,” she stressed.

In line with her concern for women and to empower them, the running mate yesterday met women from various fields and categories in the country to have a conversation with them on issues affecting women and the way forward.

Educational background
Prof. Opoku-Agyemang had her Ordinary and Advanced Level education at the Wesley Girls High School from 1964-1971. She continued at the Universite de Dakar, 1976, then to the University of Cape Coast for her BA (Hons) Education in 1977.

She earned her Master of Arts degree at the York University, Toronto, Canada in 1980.

In 1986, she had her Doctor of Philosophy (PhD) from the York University, Toronto, Canada (Passed with Honours in Major Area of Study).

She was an associate professor in 2001 and attained full professorship in 2006.

She was appointed Vice Chancellor of the University of Cape Coast from 2008 to 2012.

In 2013, the government of former President Mahama appointed her as Minister of Education.

Prof Opoku-Agyeman was appointed the President and Africa Board Chair of the Forum for African Women Educationalists (FAWE) in August 2017.

She has been the Chancellor of the Women’s University in Africa since 2018.

She is also a member of the Ghana Academy of Arts and Sciences, and an honorary Fellow, Commonwealth of Learning.

Recognition/awards
Prof. Opoku-Agyemang has received many recognitions and awards across the world.

She was also honoured for her outstanding performance in advancing international education, school for international training between 2002 and 2007.

The Komenda Traditional Council in the Central Region honoured her for her role in education in the area in 2004.

In October 2011, the running mate was bestowed with the Order of the Volta (highest honour Ghana bestows on its citizens), Ghana Women of Excellence Award (Category: Education), 2011; Global Leadership Award, University of South Florida, 2012; Citation of Honour by the National Union of Ghana Students Women’s Caucus, Outstanding Contribution to Education by the Africa Education Leadership Awards, Mauritius, in December 2012.

The running mate has attended and chaired many programmes locally and internationally including the UNESCO’s 50th Anniversary of International Literacy Day, co-hosted by USAID and the Library of Congress.