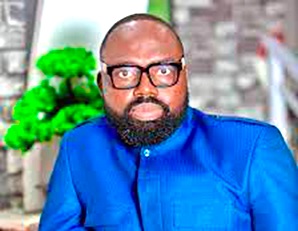 The National Democratic Congress (NDC) will from today begin the exhibition of its voters register in five regions of the north as part of the road map towards its internal branch elections.

The regions, which constitute Zone One, are the Northern, Savannah, North East, Upper East and Upper West regions.

After the exhibition exercise where registered members are to confirm their names, filing of nominations will begin on July 22 and end on July 23, 2022.

Vetting of nominees will take place between July 24 and 25, 2022, while nominees who have grievances in one way or another will be heard on July 26, 2022.

A Deputy General Secretary of the NDC, Peter Boamah Otokunor, told the Daily Graphic that elections in Zone One would take place between July 27 and August 2, 2022.

He said Zone Two, comprising the Bono, Bono East, Ahafo, Western and Western North regions, would have the exhibition of the registers from July 24 to 25, 2022.

Mr Otokunor said the filing of nominations in that zone would take place between July 26 and 27, with vetting taking place on July 28 and 29, while July 30 had been set aside to hear grievances of nominees after the vetting.

According to him, elections in that zone would be held between July 31 and August 4, 2022.

Mr Otokunor said elections in that zone would take place between August 4 and 9, 2022.

He, therefore, urged all registered members of the party to take interest in the exhibition exercises to ensure that their names were captured so that they were not disenfranchised.

As to why the Ashanti and Eastern regions were not captured in the three zones, he explained that those two regions were being treated specially for strategic regions.

Mr Otokunor said those two regions would form the last phase of the exercises with the exhibition of their registers taking place on August 21 and August 22, while filing of nominations would take place between August 23 and August 24.

He said the vetting of aspirants would place between August 25 and August 26 and the Appeals Committee would look into any grievances on August 27, 2022.

He said elections in those two regions would then take place between August 28 and September 3.

He explained that the process had been staggered to ensure every registered member took part in the process.