The Executive Secretary at the Office of the President, Nana Bediatuo Asante has demanded a retraction and an apology from the founder of the United Progressive Party (UPP), Akwasi Addai Odike for allegedly defaming him.

In a letter to Odike, dated August 24, 2022, lawyer for Nana Bediatuo Asante, Gary Nimako Marfo said Odike had alleged that their client had links to illegal mining in Bosome Freho in the Ashanti Region, a statement the lawyer said was "untrue".

“We are informed that in August 2022, you published other false defamatory claims on Oyerepa FM, 100.7 that Bediatuo of Flagstaff House has brought people to Bosome Freho to engage in galamsey... We are instructed to inform you that the said publication that you put in the public domain is absolutely false", the letter stated.

The letter added that Mr. Odike’s failure to verify his claims means he intended to reduce Mr. Bediatuo’s reputation, “carefully calculated to malign, cause public disaffection, injure the reputation and reduce our client’s reputation in the eyes of right-thinking members of society".

Attached below is a copy of the letter: 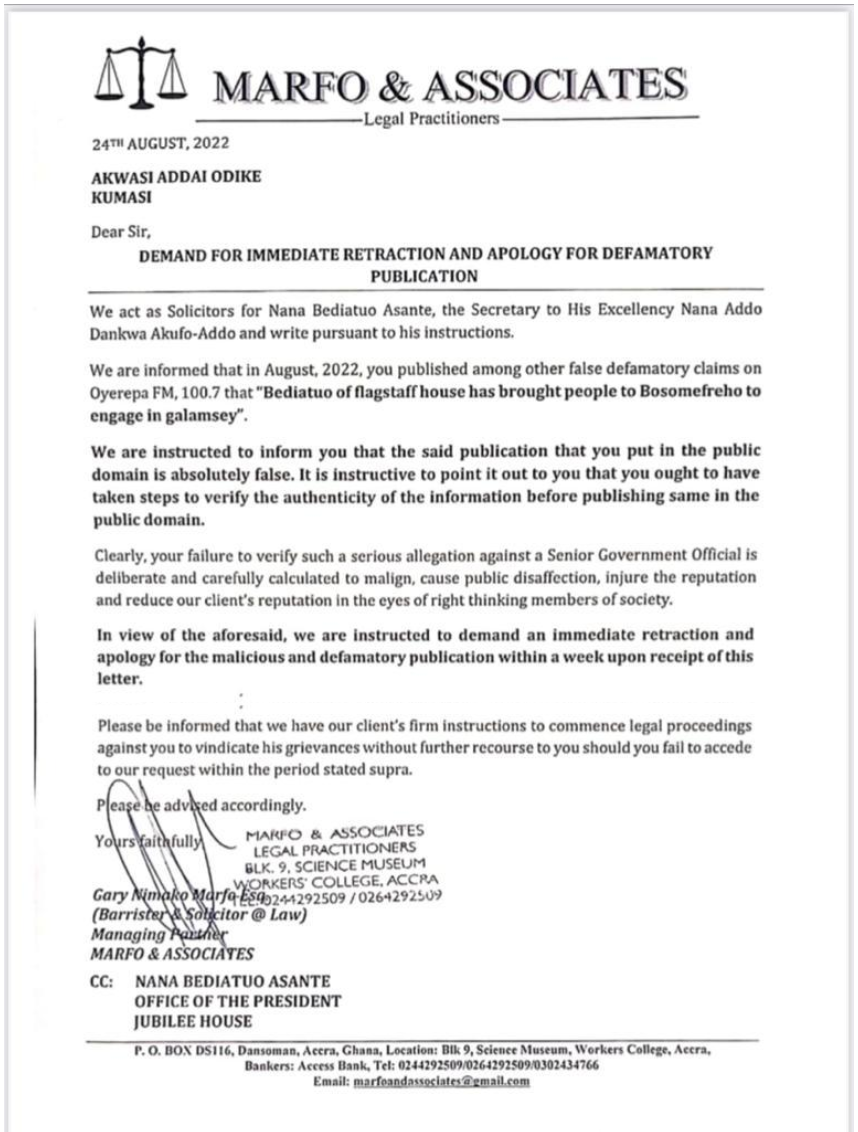