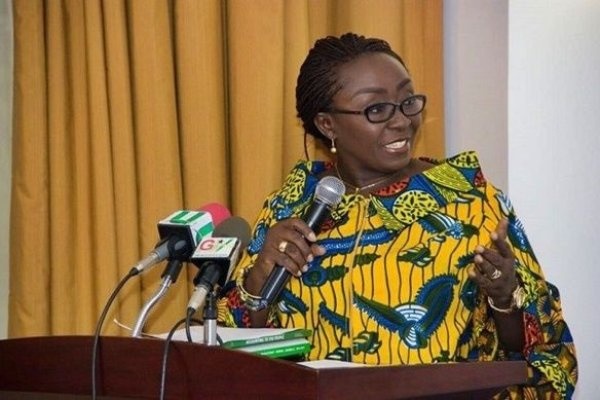 The Member of Parliament (MP) for Ketu South Constituency, Abla Dzifa Gomashie, has advised adolescents to allow adults and people who have been where they are to nurture and mentor them to be the best version of themselves.

She stated that the adolescent stage was a critical one, especially that of young girls, hence they needed monitoring.

Ms Gomashie, who was speaking at the Legislators and Delegates Conference for the adolescent learning forum held at the Parliament House in Accra, said adults were willing to share their experiences and to guide adolescents through life if they agreed.

"Allow us to be able to guide you because we've been there. We've gone through it — the good, the bad and the ugly. We are willing to share those details with you. But when we do, don't let it be a waste of our time and a waste of your time. Take advantage of it," she advised the young girls.

She further encouraged young girls to look up to women in the country who had excelled in their various fields and be inspired to reach greater heights, adding that there was no excuse to fail.

The conference was organised by the United Nations Population Fund (UNFPA) to mentor young adults.

It brought together over 50 girls from across the country who engaged with the MPs and other dignitaries on issues that bothered them as adolescents.

Some of the issues that were raised included teenage pregnancy, early childhood marriage, gender-based violence and the lack of access to sanitary tools for young girls.

The MPs shared their experiences with the young adults and encouraged them to take advantage of the opportunities they had been offered and make the best of themselves.

The Country Representative for UNFPA, Barnabas Yisa, said the purpose of the conference was to give the adolescents the privilege to interact with their constituency representatives in Parliament and be motivated to do more for themselves.

The MP for Wa Central, Abdul-Rashid Pelpuo, said he looked forward to seeing young people build a future that was going to build the country and its system of administration.

“So the fate of this country lies in your hands and we have to, as MPs, welcome you and listen to you share with us what you hope to do with your lives and service to our dear nation,” he said.

The Principal Programme Officer at the Department of Gender at the Ministry of Gender, Children and Social Protection, Thywill Eyra Kpe, called on the legislators to scrap the tax on sanitary pads to enable girls in the rural areas to get access.

“One major thing we came across has been the cost of the sanitary pads. The cost of sanitary pad is pushing a lot of them into the hands of men, leading to most of them getting pregnant just because of a natural thing that they don't have control over and some, because they cannot afford it,” she said.