The Member of Parliament 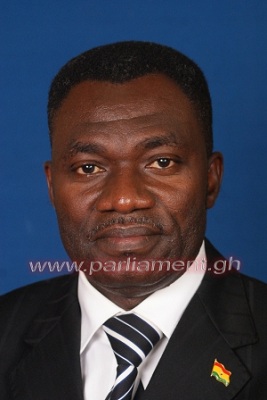 has inaugurated a GH¢34,000 generator for the community Health Nurses Training School at Akyem Oda in the Eastern Region.

The MP provided GH¢19,000 of the money while the Students Representation Council of the institution also contributed the remaining GH¢15,000.

The 31KVA gas powered generator does not pollute the environment because it does not emit carbon dioxide.

Speaking at the ceremony, Mr Quaittoo said he assisted in purchasing the standby generator to supply the energy gap as a result of the energy crisis to improve teaching and learning in the school.

He said for sometime now the school had been struggling to secure 100 per cent pass in the external examinations, adding that it chalked up 98 per cent pass last year


Mr Quaittoo expressed the hope that the provision of the standby generator would spur the students on to achieve 100 per cent pass this year.

He promised to offer more assistance to the school and, therefore, urged the authorities of the institution to contact him when the need arose.

The MP appealed to the school authorities to endeavour to allocate between 15 and 20 per cent of the intake annually to the indigenes of the area to encourage parents to send their wards to senior high schools.

The Krontihene and regent of the Akyem Kotoku Traditional Area, Obrempong Gyamfi Saforo Kyereh thanked the MP for the gesture.

He also appealed to the college authorities to give quota admission of students to the local people.

The principal of the school, Mrs Francisca Armah, expressed concern about the perennial water shortage at Oda that affected the school also, and, therefore, appealed to the government to help find a lasting solution to the problem.

She also urged the government to solve the inadequate infrastructure problem  of the institution to enable it to admit more students.

Mrs Armah promised to maintain discipline in the school to enhance academic progress.