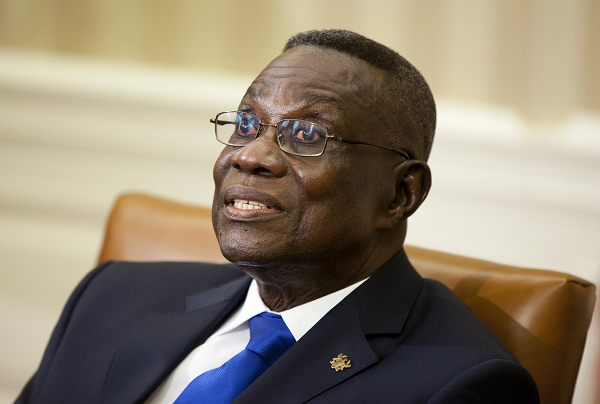 Barely 24 hours after a private member’s motion was filed in Parliament calling for a bi-partisan probe into the death of former President John Evans Atta Mills, two of the Members of Parliament (MPs), whose names appeared on the motion paper, have dissociated themselves from it.

In a February 18, 2022, memo to the Majority Leader, Mr Osei Kyei-Mensah-Bonsu dissociating themselves from the motion, the New Patriotic Party (NPP) Member of Parliament for Mpraeso, Mr Davis Ansah Opoku and the NPP MP for Tema Central, Mr Yves Hanson-Nortey said “though were are aware of a broader discussion on the motion, we are unware of any such motion being filed under our instructions and in our names.

“We, therefore, call on your high office to expunge our names as co-sponsors of the said motion,” the two MPs stated

The motion, which was filed by the Majority Chief Whip, Mr Frank Annor-Dompreh on behalf of the four MPs, wanted Parliament to constitute a bi-partisan committee “to unravel the unending mystery surrounding the death of late President Mills which sad event occurred on July 24, 2012”.

The motion was filed at the Speaker's Office Secretariat last Thursday.

Aside from Mr Opoku and Mr Hanson-Nortey, the other signatory was NPP MP for Tolon, Mr Habib Iddrissu, who is also the Second Deputy Whip.

The late President Mills passed away on July 24, 2012 upon his return to Ghana after visiting the United States for medical checks.

Although the cause of his death was never disclosed, he is reported to have been battling throat cancer.

He assumed the reins of power after winning the 2008 presidential election. He had also served as Vice-President to the late former President Jerry John Rawlings between 1997 and 2001.

In a related development, the Founder of the Atta Mills Institute, Mr Samuel Sitsofe Koku Anyidoho, has petitioned the Ghana Police Service for an official inquest into the death of late President Mills.

According to him, the call was premised on the need to clear his name and save his reputation.

“Also, I am widely accused of having a hand in the death of late President John Atta Mills, which sad event occurred on July 24, 2012,” his petition to the Ghana Police Service stated.

“In view of the above, I respectfully report the case to the police to investigate these very wild and damaging utterances that are directed at me by the above-mentioned suspects.

“I also take the opportunity to request for an official inquest into the death of the late President Atta Mills to clear my name and save my reputation,” he stated.