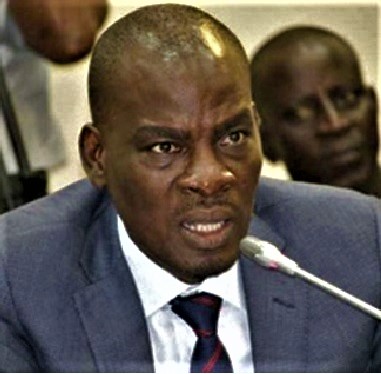 The Minority Leader, Haruna Iddrisu, has called for a public inquiry into the alleged sale of portions of the Achimota Forest.

“We call on the President, Nana Addo Dankwa Akufo-Addo, to, in accordance with Article 278 of the 1992 Constitution, appoint an Independent Commission of Inquiry into all matters relating to the Achimota Forest land saga,” he stressed.

“Mr Speaker, without any hesitation, this must be treated as an urgent matter. The President should open a public inquiry into the declassification of Achimota lands and let the public know who got what for what?

Speaking on the floor of the House last Tuesday, Mr Iddrisu, who is also the Member of Parliament for Tamale South, stated that the inquiry would establish persons who acquired the lands under the guise of declassifying the Forest.

An Executive Instrument (EI) 144, the Forests (Cessation of Forest Reserve) Instrument, 2022 issued “by command of the President” and signed by the Minister for Lands and Natural Resources, said the EI was made in exercise of the power conferred on the President by section 19 of the Forest Act, 1927 (CAP. 157).

But Mr Iddrisu said the current law regulating land use and spatial planning in the country was the Land Use and Spatial Planning Act, 2016 (Act 925), stressing that “it is clear that the Executive Instrument 144 is in breach of the provisions of Act 925.”

Mr Iddrisu explained that Section 90 (1) of Act 925 provided that: “Where a provision of this Act is in conflict with any other enactment relating to land use, the provision of this Act shall prevail.” Section 93(4) of Act 925, which relates to the change or use or re-zoning of a public space, states unequivocally that: “… the change of use or re-zoning of a public space shall be subjected to approval by Parliament.” Section 198 of Act 925 interprets “public space” to mean a “generally open area accessible to and used by the public, including resource lands… natural park areas, forests, urban parks, recreational areas…”, he quoted.

He said aside from the role of the District Spatial Planning Committee, Parliamentary approval is, therefore, a requirement for the change of use or re-zoning of the Achimota Forest Reserve area. Section 96 of Act 925 requires that the re-zoning be done before Government can convey the land to any person.

Mr Iddrisu, therefore, called on the government to respect the provisions in the Land Use and Spatial Planning Act, 2016 (Act 925) and the letter and spirit of the 1992 Constitution of actually holding public lands on behalf of and in trust for the people of Ghana.

He further called on the government to revoke the EI 144 instead of, once again, showing contempt for the laws of Ghana and the interest of the Ghanaian people.