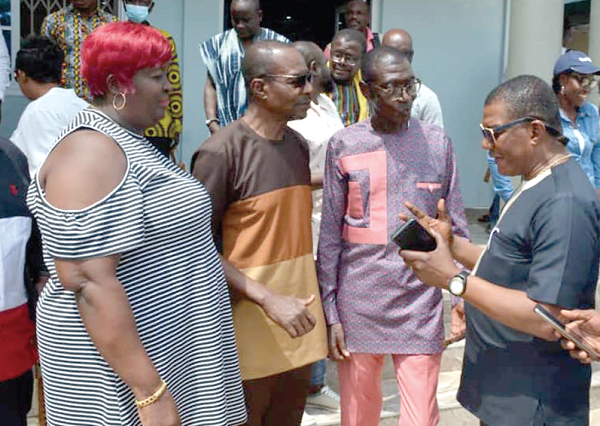 The President of the Ghana Journalists Association (GJA), Roland Affail Monney, has called on media practitioners to give peace and conflict resolution journalism top priority.

"The media must tell stories, shape programmes and tailor programmes in a non-violent manner to ensure that peace is sustained," he stated.

Mr Monney was giving his remarks at the fourth public lecture organised by the Centre of Awareness-Global Peace Mission, a non-governmental organisation committed to global peace in Cape Coast last Sunday.

It was on the theme: "Targeting Leadership Across The Globe To Achieve Global Peace."

The occasion, which was to launch a five-year strategic action plan towards global peace, was also used to launch a fund to support peace activities.

"This is not to argue that critical media must be shut down; we must continue to investigate issues and hold government officials accountable, but we must do it with the utmost respect for peace," he stated.

Mr Monney urged politicians in particular to fine-tune their methods and pronouncements and train their supporters to be cautious in their interactions which had the potential to endanger the nation's peace.

The Central Regional Minister, Mrs Justina Marigold Assan, said the initiative to achieve global peace was admirable, but that it would take the combined efforts of all stakeholders to see it through.

She stated that conflicts and war were a critical hindrance to the development of all aspects of human existence, and that peace must be prioritised by all essential players.

"Suffice to state that any initiative directed toward keeping peace must be applauded," Mrs Assan said.

She urged the government and citizens to engage in strategic deep thinking and develop a well-articulated plan to manage and sustain peace.

"It behoves government to couch policies that will create sustainable jobs to cater for citizens, and leaders must live exemplary lives that would deepen the trust of the citizens in them to avoid conflicts that would arise in the face of mistrust."

She urged the COAGPM to integrate the Regional and National Security Councils' peace-related activities in order to prevent security actions in the country, including plans and activities to detect extremist movements.

The Central Regional Police Commander, Deputy Commissioner of Police (DCOP), Alexander Kwame Amenyo, emphasised the need for all to collaborate for enhanced peace.