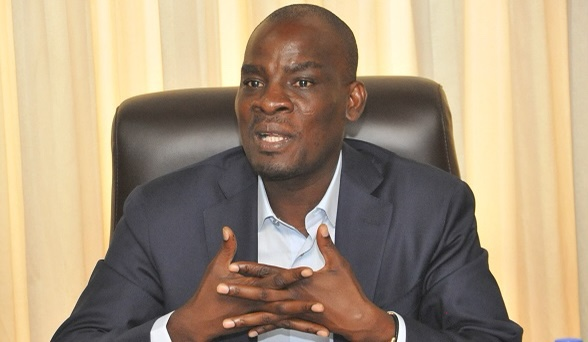 The Leader of the National Democratic Congress (NDC) caucus in Parliament, Mr. Haruna Iddrisu, has urged the President to, as a matter of urgency, comply with the provisions of the Presidential (Transition) Act, 2012 (Act 845) that requires Ministries, Departments and Agencies (MDAs) to provide Parliament with their handing-over notes.

He said even though Act 845 required ministers and heads of MDAs to prepare handing-over notes 30 days to the presidential election, no minister or head of MDAs had submitted their handing over notes to Parliament.

That, he said, would not auger well for Parliament to effectively vet and scrutinise government appointees.

Speaking to the press outside Parliament yesterday, Mr. Iddrisu said, “As we speak today, Parliament has no such record, official and formal in its possession of any handing-over notes from any ministry, department or agency as required under section 7 of Act 845.

“That is in breach of the act and that is not responsible enough for a government that must be accountable to the people and to the Parliament of Ghana, so, we are demanding respect to the letter and spirit of Act 845 that all handing-over notes of MDAs are made available to Parliament,” he said.

He added, “That I believe will be helping our work as an institution that exercises oversight so that this year’s vetting and scrutiny of ministers will not all be about curriculum vitae or CVs.”

The caucus leader noted that after a presidential election, some duties and responsibilities were placed on the incoming President that were germane for the general governance of the country.

Mr. Iddrisu, however, said it was not simply enough to constitute such a transition team as such team had specific responsibilities to undertake.

He, therefore, reminded the President of the provisions of Article 58 of the Constitution under which the President had a mandate to enforce the laws of Ghana and a responsibility to respect the laws of the country.

The Tamale South Member of Parliament (MP) also noted that the transition team had specific responsibility to undertake as section 6 of Act 845 required that the government prepared handing over notes 30 days to the presidential elections.

“Whether all this have been complied with, I am in doubt,” he said.

He further stated that, Section 7 of Act 845 required that the Administrator-General shall make available to the person elected as President, the original copies of the handing-over notes.

“Of the given copies, the Administrator-General shall retain one copy and make one copy available to Parliament but as we speak today, Parliament has no such record in its possession of any handing-over notes,” he said.

He added that the President was in breach of the provisions of Act 845, which the NDC caucus did not find legally acceptable and in the interest of transparency and accountability.

“Parliament has not been formally and officially served with any handing-over notes and we demand that as a matter of urgency, the President assist and facilitate our work in the exercise of our oversight responsibilities which remain our key primary objective as the legislative organ of state,” he stated.