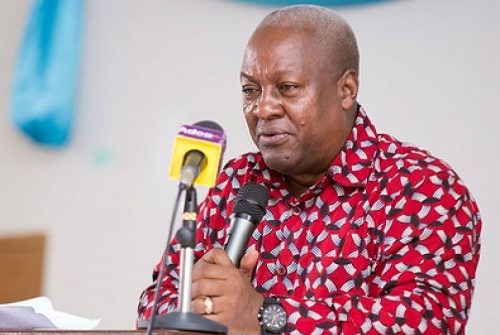 Former President, Mr John Dramani Mahama, says he will not be surprised if the country goes back to the International Monetary Fund (IMF) due to the manner in which the current administration is managing the economy.

Speaking on the Ghana Broadcasting Corporation's URA Radio station in Bolgatanga yesterday as part of his one-day Thank You Tour of the Upper East Region, the former President observed that most of the funds borrowed was used for consumption rather than providing the kind of infrastructure the country needed to get the requisite returns on investments.

He was of the view that the current policy of Agenda-111 by the government to provide hospitals across the country was “an after thought".

Mr Mahama said it was after the government realised that most of the funds borrowed did not go into the infrastructure that the country needed that it decided to introduce that policy.

“In 2019, it was obvious that the rate of borrowing was excessive and Coronavirus (COVID-19) just exacerbated it, but already the economy was in crisis long before the COVID-19 pandemic," he stressed. 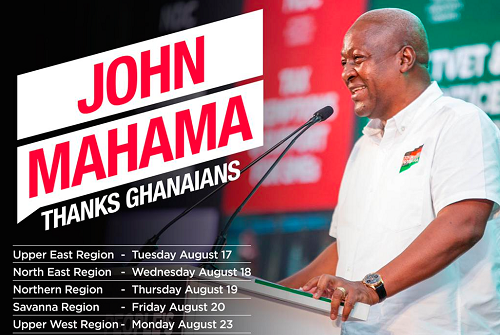 In the midst of the current economic crisis, he called for a “Senchi-like forum to be held where a consensus would be built on how to resolve the economic crisis.”

According to him, what the NDC did during their time was to invest in tangible things such as infrastructure and paying off high interest debts, especially the local debts that the NDC inherited.

He said the NDC was criticised for over borrowing but “a lot of what we borrowed went into tangible things".

Touching on the tour, the former President stated that it was important for him and the NDC to go round the 16 regions starting from the Upper East to thank the about 6.3 million people who voted for the party.

He noted that even those who did not vote for the NDC should also be thanked by the party because they all believed in the country's democracy and were helping to further consolidate it.

“The party is in good shape in spite of our setbacks; there is high morale and our people are happy with the performance of the party because adding 1.5 million more votes looking at the 2016 election is good but we have identified some loopholes," he observed.

On the NDC's re-organisation efforts, Mr Mahama stated that the party would hold its Annual National Delegates Congress to look at the party's constitution and other policy issues.

“Next year, there will be branch elections in the constituencies, regional and national levels with the selection of the party's flag bearer for the 2024 general elections," he added.