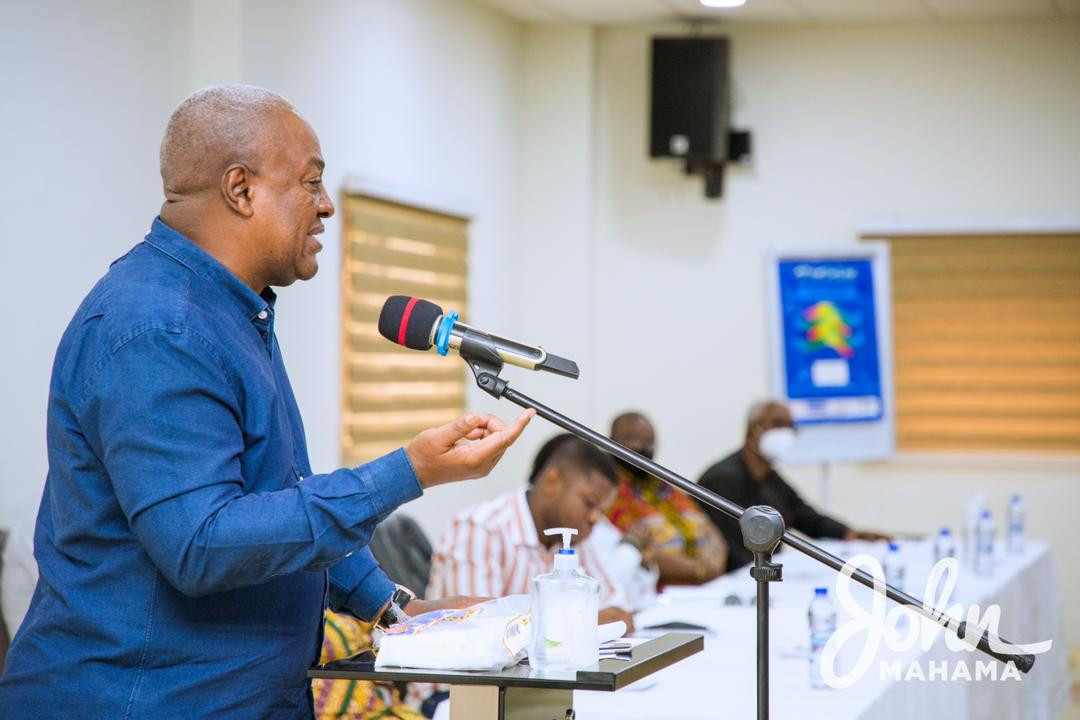 Former President John Dramani Mahama has commended members of the National Democratic Congress (NDC) communication team for its reliance on facts and data in analysing issues to Ghanaians.

He encouraged the NDC communicators not to worry about the frequent resort to personal attacks and intimidation by the party's main opponents.

Mr Mahama made the commendation when he opened a three-day retreat for Communications Officers and members of the Communications Team of the NDC in Ho last Saturday.

It was organised by the National Communications Bureau of the NDC.

The return of the NDC to power, he said, would enable the NDC to rescue Ghanaians from the many challenges they were facing under the current regime.

Mr Mahama, who was the NDC's presidential candidate for the 2020 elections, commended the party's Communications Team for promoting and explaining the party's ‘People's Manifesto' to Ghanaians.

According him, the policies outlined in the manifesto became the most talked-about by Ghanaians because it reflected the aspirations of the people.

Decrying the recent spate of murders in the country, former President Mahama expressed his condolences to the families of Ibrahim Mohammed, alias Macho Kaaka, and two other individuals, Abdul Nasir Yussif, 25, and Muntala Mohammed, 25, who were killed in Ejura during clashes with the security agencies.

He observed that the rising tension and general state of insecurity engulfing the country were reflective of the leader himself, noting that the situation was “unfortunate.”