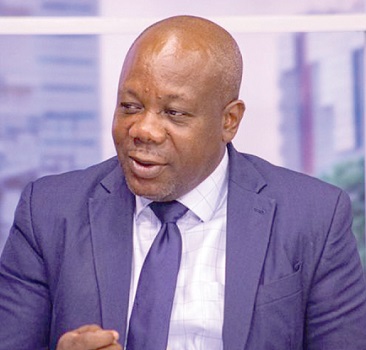 A group calling itself Lawyers In Search Of Democracy (LINSOD) has congratulated the newly elected executive of the National Democratic Congress (NDC).

The group in a statement signed and issued by its Secretary, Theophilus Dzimega, expressed confidence in the ability of the new leadership of the party to work to recapture power from the shackles of suppression, rising food costs, despondency and broken economy which Ghanaians found themselves in now.

The statement said the overwhelming endorsement given to the new executive by the delegates of the party at the just-ended congress of the party was indicative of the fact that the team had what it took to confront the ills of the current government, restore confidence and hope to the ordinary Ghanaian.

In a related development, the NDC Youth Forum has also congratulated the newly elected national executive with a call for unity and cohesion among members.

A statement signed and issued by the forum’s Secretary, Osman Iddrisu Banpuori, said the forum was happy with the crop of leaders that were elected at the congress making them confident that victory would be for the party in 2024.

“The NDC is a great party. Let us rally our support and logistics behind the newly elected executive so they can deliver on their mandate, which is to win the 2024 election,” it said.

In the same vein, the statement congratulated the organisers on a well-structured violence-free congress as well as the police service for giving maximum protection to every one on the premises.

The statement further noted that the essence of any contest just like the Congress held over the weekend was to determine winners and losers so there was the need for the party to unite as the party prepared itself for the 2024 general election.

It urged members to put their respective bickering aside so that the party could forge ahead to rescue the nation from any further hardship the ruling New Patriotic Party (NPP) has brought.

Meanwhile, the Sege constituency of the NDC has congratulated the newly elected national executive as well as all the losers of the delegates’ conference.

A statement signed by the Communication Officer of the constituency, Freeman Narh Ejeoji, noted that the most important thing was the peaceful and brotherly nature of the event.

“To all delegates from across the various regions, we say thank you for the decisions made so far.

“You have really chosen an excellent team to lead the NDC for the next four years,” it added.