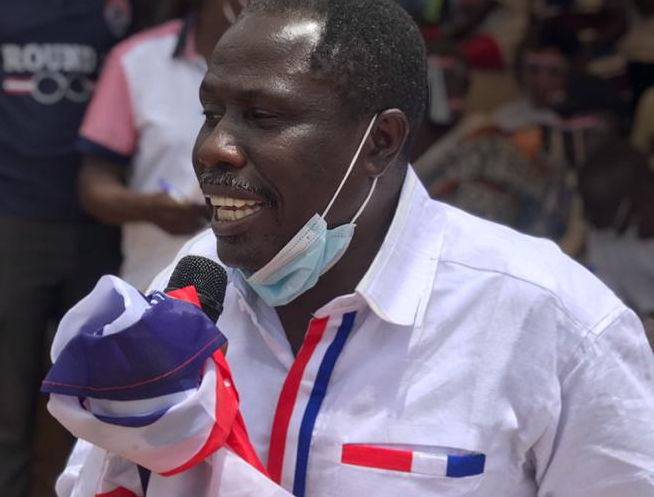 An executive member of the New Patriotic Party (NPP) in the Central Region, Dr Joseph Kobina Essibu, has called on the rank and file of the party in the region to desist from misinformation and forge ahead in unity.

That, he said, was to enable the party to remain solid to retain power in 2024.

Dr Kobina Essibu’s call comes in the wake of the simmering disagreements over the allocation of the school feeding programme in the region.

“Anything that does not break us makes us stronger and better.

“Therefore, I join several voices that have heeded to the call for calm among the rank and file of the party in the Central Region amidst the school feeding hot meal fracas,” a statement issued by Dr Essibu said.

He said as an executive member of the party he had taken time to follow and ascertain all the issues related to the story and  indeed “I can conclude that the allegations by Mr Joe Donkor, a former Central Regional First Vice Chairman and Regional NADMO Director, against the Central Regional Chairman of the NPP, Mr Robert Kutin Jr, are misinformed, unfounded and very troubling”.

It said the steps by Mr Donkor to engage the media by broadcasting a purported audio recording of Miss Khadijah Anderson without recourse to the chairman, Kutin, maligned the integrity of the party and left much to be desired.

“I would, therefore, use this medium to impress upon Mr Donkor to apologise to the rank and file of the party, especially chairman Kutin, for not seeking the facts first before his public pronouncement”.

The facts indicated that Mr Kutin Jr  had nothing to do with school feeding in the region or any part of the country.

It said it was common knowledge that the unfortunate attempts to smear the legacy of Chairman Kutin emanated from certain recalcitrant individuals in the party who would stop at nothing to see chaos in the region.

“Miss Khadijah has openly stated that she never levelled allegations against Chairman Kutin for receiving  money through an MTN Merchant Number meant for caterers of school feeding in the region, and that the said audio recording was doctored.

“Consequently, since the facts have been laid before all and sundry, which exonerate Chairman Kutin of the baseless claims, I would want to call on all stakeholders to cease the public engagements on this matter, especially radio interactions,” it said.

The statement proposed for a committee to be set up by the regional minister to address the differences and engage all stakeholders on the matter.

“It is imperative to note that the integrity, transparency, dynamism and hard work of Chairman Kutin since 2014 when he became the leader of the party in the Central Region have contributed enormously to the huge success and high performance  of the  party in the region.