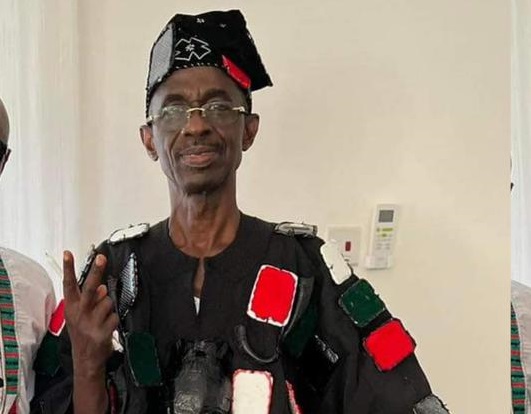 “Let me say a word of farewell to you as I step down today as your General Secretary - Asiedu Nketia
30.5k Shares

In an address at the 10th Congress of the National Democratic Congress (NDC) on Saturday, before voting started, Mr Johnson Asiedu Nketia known as General Mosquito apologised to party members he may have offended during his 17-year tenure as General Secretary.

“Let me say a word of farewell to you as I step down today as your General Secretary having served in that position for the past 17 years. I thank you for your cooperation and thank everybody. Those I’ve offended, may the Lord touch your heart to forgive me,” General Mosquito said.

He added: “The credit I’ve made so far is shared and attributed to the footsoldiers of this country and this party.”

In his address, Mr Ofosu Ampofo assured that the contest between himself and General Mosquito will not destroy the party, saying “a mosquito you can see cannot bite.”

He also addressed concerns that the fallout of the election would affect the party's chances at the 2024 General Elections.

He said: “I want our detractors to know that our party still remains strong, and we will come out of today’s elections even stronger. The chairmanship contest between the party chairman and the General Secretary will not destroy the NDC, we are all too strong and too intelligent for that.”

“Let those false political prophets from the opposing side who are predicting armageddon after today’s election be clear in their minds that today will rather mark a renaissance of the great akatamansonians,” he said.