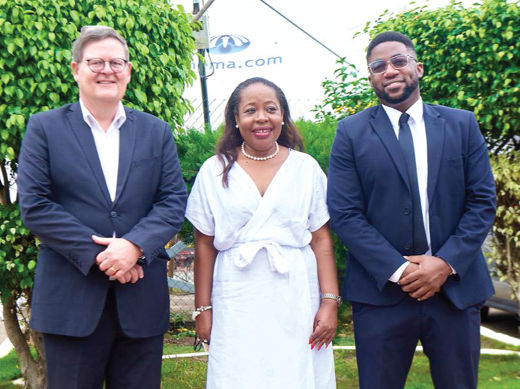 Confidence, patience, good leadership and respect for all are among the qualities that ran through the testimonies about the newly appointed High Commissioner of Ghana to Malta, Ms Barbara Akuokor Benisa, during a send-off party organised by her immediate past employer, KLM.

Families, friends, colleagues, both formal and informal staff of the company, and some distinguished personalities, including the Founder of Salt and Light Ministries, Reverend Dr Joyce Rosalind Aryee, took turns to eulogize the former Ghana Country Manager of KLM Airline who  had served the company for over 24 years, as she bade farewell to the company at a brief ceremony in Accra.

It was a joyous moment, typified by the party atmosphere which evoked strong emotions and nostalgia for Ms Benisa who was dressed in a  white attire to demonstrate her readiness for the task ahead.

Rev. Aryee underscored the need for Ms Benisa to stand firm in her faith and for the new appointment in order to overcome the challenges that came with it.

“I pray that on your own testimony you will have quality time with God who has your best interest at heart,” she said.

Ms Benisa thanked the company for the opportunity given her to serve the company since May 19, 1997.

She added that she was scared upon the appointment as she had served the company for several years.

However, she ultimately accepted the new task after several consultations with colleagues, bosses, family and friends.

She has since presented her credentials to the President of Malta, George Vella.

Meanwhile, the High Commission of Malta in Ghana has also wished Ms Benisa well in her duty tour.