John Boadu on what NPP needs to 'break the 8' 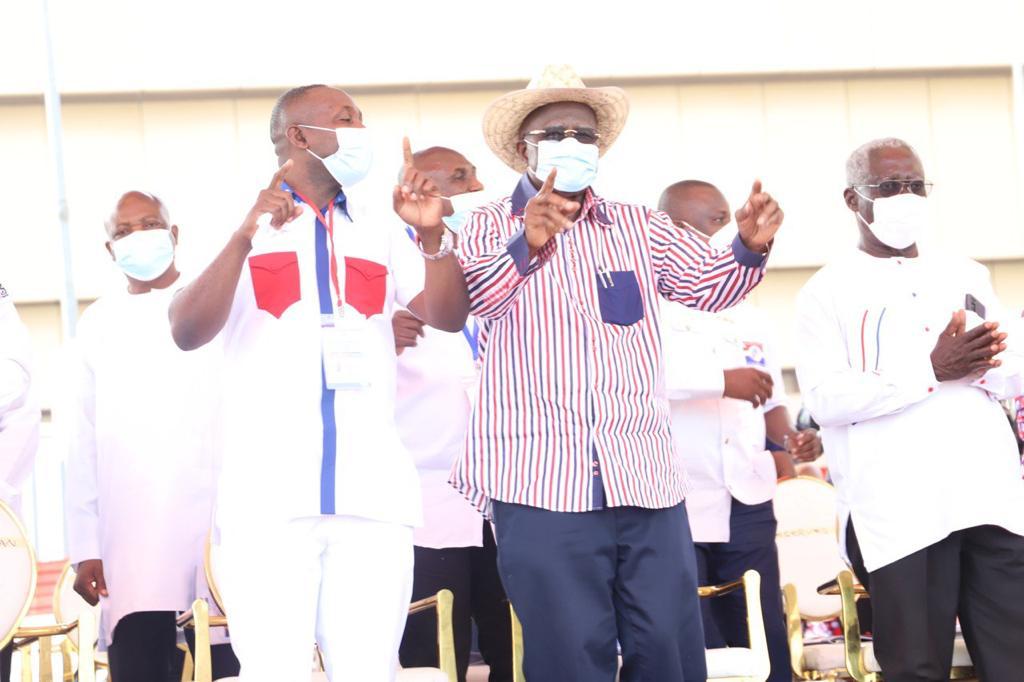 The General Secretary of the ruling New Patriotic Party (NPP), Mr John Boadu has entreated government appointees and Members of Parliament (MPs) to close the gap between them and the electorate as part of the strategies of breaking the eight (8).

“There is absolutely no doubt that our victory in 2024 where we seek to break the eight years in government cycle shall depend largely on the kind of relationship that exists between party and government,” he said.

According to him, “any gap in this relationship or disconnect between the party on one hand and the government on the other hand, shall be detrimental to our electoral fortunes.”

Giving his report at the National Delegates Conference of the party in Kumasi on Sunday, December 19, 2021, the General Secretary explained that the disconnect between the party and the government has been the bane for parties in government losing elections.

He said research in these parts of the world have shown that the main opposition parties do not necessarily win elections “but rather it is the government party that loses elections.

He, thus, called for regular meetings between the MPs, the district chief executives and the people to bridge that gap and work towards retaining the party.

He said soured relationship was one of the reasons why the party lost some of its seats and was of the view that for the party to "break the eight", some of these issues ought to be looked at.

Admittedly, he said "breaking the eight" would not be delivered on a silver platter but believed that with a united front and commitment to the work of the party and the government, that should not be difficult.

As a party in government, he said the NPP should not lose sight of the fact that the people would be very critical of its activities.

“We are the legitimate target of many critical voices but we are expected to be measured in the way and manner we respond to these criticisms, however unmeritorious these criticisms would be,” he said.

He said there was the need for government appointees to know that communication while in government was not the same as while in opposition “where you can virtually say anything and get away with it. In government, you are likely expected to be providing answers.”

He, thus, charged government appointees, CEOs, Ministers and DCEs “who have been put in charge of public purse and are expected to have answers, to play a leading role in communicating government policies and programmes as the party supports them in the delivery of these policies.”

Mr Boadu said the NPP government has a good story to tell and it was incumbent on the party to spread the good news and get the people to know about it.

He said allowing the National Democratic Congress (NDC) to come back to power would lead to the collapse of all social intervention policies initiated by the government.

He said the NDC has made it clear that they did not support policies like the Free SHS education, the Nation Builders Corps (NABCO) and the training allowances for teacher trainees and nurses.

He therefore called on Ghanaians to help sustain the gains made through these social interventions and help retain the NPP and break the eight.

The General Secretary told the conference the party set for itself two objectives for the last general elections, which were to win the presidential elections in the first round and to secure an overwhelming majority in Parliament.

While the first objective was achieved, he said the party could not however achieve its second target of winning overwhelming seats in Parliament “though on record, we are in the majority group in Parliament today.”

Mr Boadu acknowledged that the late organization on the parliamentary primaries in the last parliamentary elections coupled with the internal wrangling contributed to the abysmal performance of the party.

“It is envisaged that all things being equal, we will hold our polling stations, electoral areas, constituency, regional and national elections from January to June next year,” he said.

For his part, the National Treasurer of the party, Mr Kwabena Abankwah-Yeboah, said that through prudent management, the party has made some financial gains and increased its balance sheet from that of last year.

He said the party spent in all over GH¢10.2 million on the last parliamentary and presidential elections and also purchased some hygiene and personal protection items for distribution to the various party offices during the outbreak of the coronavirus pandemic.

He said the annual thanksgiving service organized by the party cost the party GH¢1.4 million and supported needy people to the tune of
GH¢955,000.00.

He said the party also made a donation of GH¢50,000.00 to the National Cathedral fund raising committee and at the end of the year, it had a balance sheet of GH¢9.5 million.

He expressed his appreciation to the party and its supporters for offering him the opportunity to serve the party for the seven and half years.

He said the time has come for him to take up new challenges and was grateful for the opportunity to serve and learn.