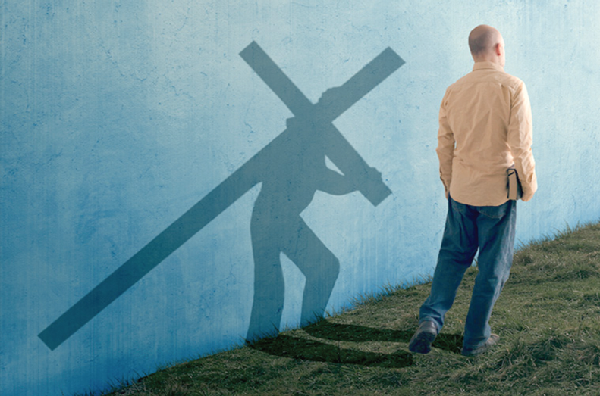 It is a popular notion that leaders cannot lead without support from followers. Followers, in the context of this article, are usually powerful professionals who work closely with, inform, and advise leaders of higher rankings about teething issues that need urgent specialised attention.

Such people are confidants to the leaders, and their words are usually what the leaders act on. Followers are very important because failure to play their roles ethically and effectively may derail the leader’s decision-making efforts. In essence, followers may mar an ethical leader if (s)he fails to possess a strong political will to ensure the right measures are implemented to guide followers. This is no mean feat, especially, for leaders surrounded by selfish followers. Lailah, in the above quote, categorised followers into two groups – disciples (who are ethical) and false followers (who are corrupt).

Interestingly, so much has been written about the wrongs of leaders and their corrupt practices, yet little is known about the role of corrupt followers. Corrupt followers are the people who support and influence blindsided (in many cases) leaders to behave unethically. For instance, Andy Fastow, a former Enron CFO, blindsided his top executives by creating off-balance sheets and inflating the financial assumptions embedded in their corporate pension plans, thereby, falsifying the financial status of the company to stakeholders, which contributed to the company’s bankruptcy.

At the time he was engaged in fraudulent acts for the company, top executives treated him as a hero because he helped them falsely achieve their financial goals every quarter, thinking he was smart and at the same time doing good without thinking of the possibility of being caught. This article concurs with George R. Goethals’ assertion that “bad leadership is often a consequence of followers empowering leaders such that those empowered leaders are corrupted”. Therefore, this article briefly discusses how ethical leaders are often influenced by their corrupt followers towards making unethical decisions that negatively affect the masses. Further, it suggests how the ethical leader can manage such situations for the common good.

Corrupt followers are people who seek their selfish interests by exhibiting corrupt behaviours that impede progress in organisations and society. They use negative influence, power, politics, and impression management to attain their goals at the expense of the leader’s vision. Such people lurk around leaders and use their discretion to filter information that gets to the leader.

Hence, they allow only information that satisfies their selfish interests to reach the leader. They behave obsequiously towards the leader and denigrate others to look good in the eyes of leaders. Moreso, they are plaster saints who manage their self-impressions and devise coaxing tactics to gain the leader’s trust or use coalition tactics to force the ethical leader into compliance.

They barely offer constructive criticism even amid crisis but rather sing the leader’s praises to achieve their selfish goals. George R. Goethals opined in his book, “Bad Followers Create Bad Leaders”, that when bad followers accord their leaders too much power thereby making them demigods, the leaders tend to become conceited, corrupt and make decisions at the expense of the common good.

To address the corrupt behaviours of followers so that both ethical leaders and followers are on the same page, attention ought to be paid to the employment of less morally corrupt people. The leader should explicitly state values that must be adhered to. Employees must constantly be encouraged to exhibit how these values are factored into production and service processes.

Appraisal processes ought to include how employees apply the company’s espoused values. Punitive measures must be instituted to enforce espoused values and rewards given to upright followers. Ethical leaders should be role models who are worth emulating by workers. Prior to making decisions, leaders ought to do their due diligence on any information they receive.

Moreso, corrupt followers can be turned into strategic partners by building trust among them through effective information dissemination. For instance, in the case of the Enron scandal, most of the employees were oblivious to the issues at hand and as a result, lost their investments in the company. There should be mutual respect between ethical leaders and employees; this can happen if they are treated as individuals endowed with competencies that enable them to make good decisions. Ultimately, employees should be informed of the benefits associated with engaging in ethical activities.

It is important to note that the success of an ethical leader is dependent on the calibre of followers (s)he leads. It is common for bad followers with selfish agendas to try consistently to get closer to leaders. The onus lies on the ethical leader to use his/her intuition to judge the character of those close to him/her, the type of information they provide, the rationale behind their actions, and what they intend to gain from the results of decisions made using the information they provide. Nonetheless, political will is expedient in the implementation of structures and mechanisms instituted to prevent the negative influence of corrupt followers.