It doesn't matter if we stole our evidence, relevance is what matters - Addison 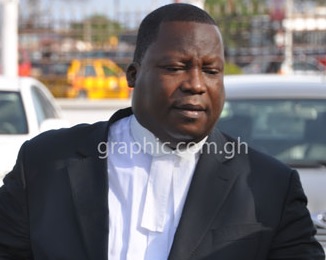 Lead counsel for the petitioners in the ongoing election petition, Mr Philip Addison, Tuesday told the court that it did not matter how they (petitioners) obtained their evidence but the relevance of the evidence was what was of substance.

According to him, numerous authorities who have spoken on the matter of sources of evidence have made their case stating that the manner in which evidence was obtained did not matter.

He made these remarks when counsel for the second respondent, Mr James Quarshie-Idun objected to him presenting three tamper evidence envelopes to witness for the Electoral Commission, Dr Kwadwo Afari-Gyan.

It was at this point that Mr Quarshie-Idun tried to object to any further questions to be asked by Mr Addison, explaining that the document was not in evidence; secondly that they did not know where it came from and that the envelopes that were used for the elections were not available to the public at large.

In response to the objection, Mr Addison told the court that it did not matter how they obtained those items and that, “we could have stolen them. It does not matter how we got them.”

He further told the court that in the process of cross examining a witness, they (petitioners) were entitled to question the credibility of the witness.

He said, “in order to safeguard the integrity of this polls, materials used by the EC all come with serial numbers; the witness has disputed some of the materials that we listed that have serial numbers as a result of which what we seek to do is to dent his credibility by showing him that some of those denials cannot hold and that is the sole purpose of bringing this.”

By a 6-3 ruling, the judges over ruled Mr Quarshie-Idun’s objection.