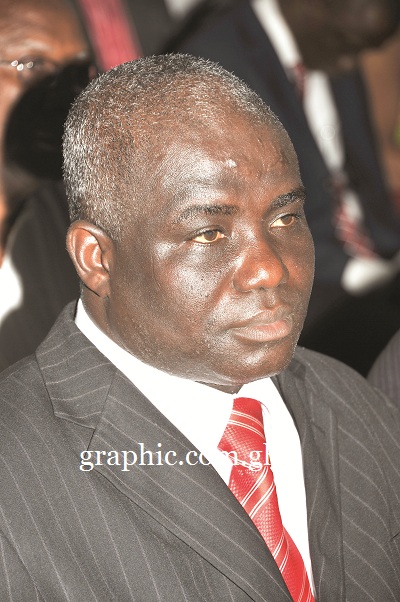 There is the need for politicians to ensure that all stakeholders are involved in the management of the affairs of the society, the Ashanti Regional Minister, Mr Eric Opoku, has said.

He said, “I come with a clean heart and hands to handle the affairs of the region as the business of community, regional and national development is a serious one which requires the active participation and support from all.”

He said for results to be achieved, it would be necessary not to take a partisan approach to get things done.

Mr Opoku said this while delivering the keynote address at this year’s World Press Freedom Day observed by journalists in the Ashanti Region.

He said he would serve the people in the region without being impartial and called on all to lend the needed support to the development of the region saying his doors were always open to all, irrespective of one’s party affiliation.


Mr Opoku said the media, as the fourth estate of the realm, plays an essential role in the development of the nation.

It was, therefore, the responsibility of all stakeholders in national development, including journalists, to ensure their safety.

“The task of ensuring the safety of journalists is a shared responsibility of all stakeholders, including journalists themselves; as we work towards press freedom, it is equally valuable for journalists to promote objectivity and unbiased reportage in the discharge of their individual and collective professional duties,” he stated.

Mr Opoku lamented on the situation where some journalists, without cross checking facts, rush out with unverifiable information saying that was unprofessional.

“If you are unable to obtain information from the district level, don’t hesitate to walk straight to my office for the necessary attention,” he said.

The occasion also coincided with the swearing-in of the new executive for the Ashanti Regional branch of the Ghana Journalists Association under the chairmanship of Listowell Yesu Bukarson, by Judge William Boampong, a circuit court judge.

The function was chaired by Nana Owusu Afriyie IV, Apagyahene.