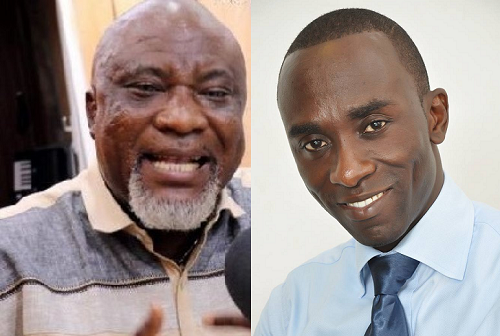 A group calling itself, ‘FixingTheCountry movement’, has petitioned the Inspector-General of Police (IGP), Dr George Akuffo Dampare, to invite and investigate leaders of the ‘FixTheCountry’ for allegedly making treasonable comments at their recent demonstration in Accra.

According to the group, some leaders of the ‘FixTheCountry’, while addressing patrons at the demonstration, made statements that undermined the country's 1992 Constitution.

Two of the conveners of the group, Mr Ernest Owusu Bempah, the Public Relations Officer of the Ghana Gas Company Limited, and the 2020 New Patriotic Party (NPP) parliamentary candidate for Kpone Katamanso constituency, Hopeson Adorye, while presenting the petition yesterday, said leaders of ‘FixtheCountry’ could not demand that the country be fixed while at the same time they flouted the country's supreme laws.

Mr Owusu Bempah said while the leaders of the ‘FixTheCountry’  were addressing their members, some said whereas in the past the military had used its might to overthrow governments in the country, they would not use weapons but would use their voices to destroy the Fourth Republic.

For him, such a comment was in a direct contravention of Article 3 (a) and (b) of the 1992 Constitution of the country, even making an attempt to overthrow the Constitution was a treasonable offence.

“At their last demonstration, they made some treasonable statements and we find it very important to draw the police’s attention to them,” he said.

Apart from the statement, they also attached an audio of the supposed treasonable statements made by the leaders of the ‘FixTheCountry’.

Mr Owusu Bempah also urged the Ga Traditional authorities to summon radio personality, Captain Smart, for pouring libation at the ‘FixTheCountry’ rally at the Black Star Square without seeking the permission from the Wulomo, the Traditional Priest of the Ga land.

He was of the view that Captain Smart did not respect the traditions of the Ga people, by pouring the libation without their permission.

The chief of staff to the IGP, Chief Superintendent Alex Kwame Safo Adu, who received the petition on behalf of the IGP, pledged that he would deliver it to the IGP for onward action.