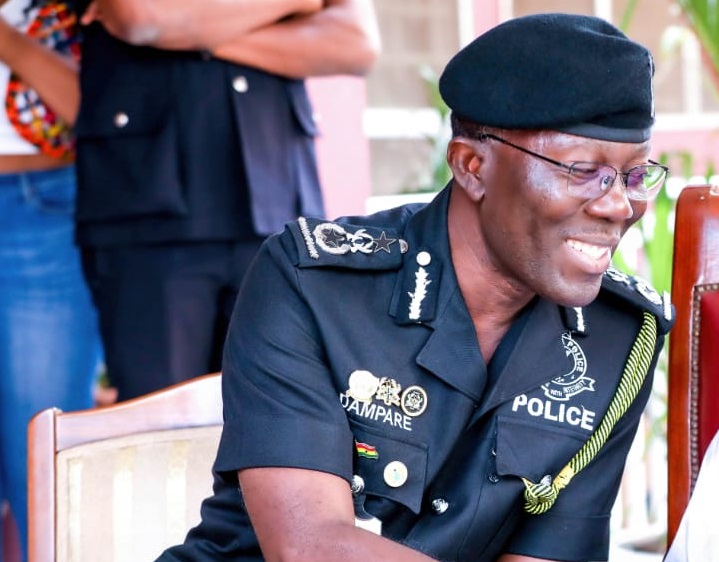 IGP Dampare on why he will not allow prophecies to create national fear and panic
30.5k Shares

The Inspector General of Police, Dr. George Akuffo Dampare says he is not afraid to die if that is the plan of God, but he would not allow prophets to capitalize on such a relevation, if they had it, to cause fear and panic among his family, friends and loved ones as well as the nation as a whole.

“I am not against prophecies made in the country, but the manner in which they are being communicated can cause fear and panic.

“I am not afraid to die because death is inevitable, however, we will not allow people who ascribed prophetic roles to themselves to cause fear and panic by making public their revelations,” the IGP told the Public Accounts Committee (PAC) of Parliament when he appeared before it last Thursday (Jan 19, 2023).

Dr Dampare had appeared before the PAC as a member of the Ministry of Interior’s team to answer questions raised by the Auditor General’s Department with regards to the service.

When asked a public interest question by a member of the committee on whether the police had banned prophecies in Ghana, the IGP answered: “We are not asking them not to prophesy, but when, what is said, especially about pubic personalities create fear and panic among their nuclear families, extended families as well as friends and loved ones and the nation in general, that is unacceptable.”

He emphasised that prophecies are not proscribed in the country, however, “Men of God must be careful of the kind of pronouncements made on the altar under the guise of prophecies.

“We don’t know what language God speaks, and who interprets it for who? But the point is, that if God speaks to you and you go out there, ask the same God to give guidance as to how it should be communicated that will not affect the lives of individuals in the manner that will put them in fear

“Mr Chairman, for instance, I have a nuclear family, an extended family as well as friends and loved ones and also play a key role in the nation… Assuming a death prophecy has been made about me and say I usually wake up very early, but on a particular day, I decide to stay in bed much longer, but because of this prophecy, you can imagine the fear and panic that my being in bed longer than usual would cause in my house.

"Or imagine when they prophecy that a market in Ghana will burn during the early months of the year. People will go to the market feeling scared of being caught in the fire or osing their lives and property,” the IGP explained with a simple analogy.

Ahead of December 31 Watch Night Service across the country, the police in a statement drew the attention of the religious community to the law regarding the communication of prophecies and urged compliance with the law to ensure continuous security and law and order in the country.

The statement said whereas everyone has the right to practice his or her faith in religion, freedom of worship and speech, this right must not be exercised in violation of the rights of others and the public interest.

A similar directive was given in December 2021.

I’m not afraid to die

Dr Dampare further said it was not appointed to the prophets in the country to make prophecy that would cause fear and panic, but rather, like the prophets in the Bible, should know how to handle such revelations and not only target leaders and popular people.

He explained that, leaders, either appointed or elected, have a duty to perform for the nation and have some powers vested in them and therefore, have been empowered to make certain public proclamations, which is acceptable, “but prophets are not" stressing that the prophets do not have the right over anyone's life to just go out there and make pronouncements since the people are neither part of their family nor church members.

The IGP intimated that as a Christian and his belief in God, he wasn't against the activities of Prophets, neither was he afraid to be called to home by His Maker as it was bound to happen one day.

However, prophets, he advised, should seek God’s intervention on how to communicate or work on such prophecies.

“As for death the only thing I can do is to become a friend of it so that it can treat me with some leniency.

“We are not against prophecies, go ahead and prophecy, but when God speaks to you carry it in a manner that will ensure the sanctity of our nation, Ghana,” he said.