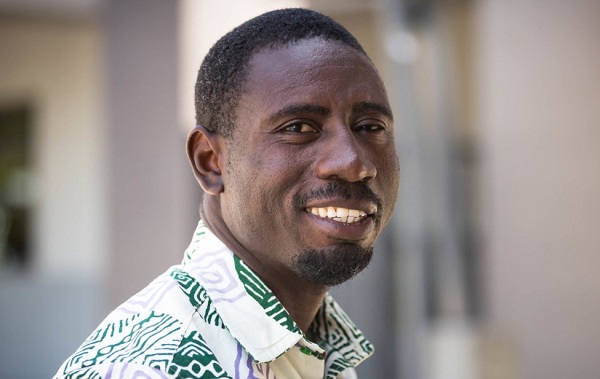 The defeated National Democratic Congress (NDC) Parliamentary Candidate for the Effutu Constituency, James Kofi Annan has stated that he lost the election because the voter register contained foreigners from neighbouring constituencies.

He is therefore calling on the Electoral Commission (EC) to conduct a thorough review of the register to remove the said foreigners before the 2024 General Elections.

According to him, he made known his concerns about what he described as the "Effutu ECOWAS Register" to the Electoral Commission and anyone willing to listen prior to the December 7 General Elections but it fell on deaf ears.

He said the 2020 Effutu voter register which contained over 62,000 registered voters was the product of "selfish, fraudulent importation of people from several neighbouring constituencies".

He also contended that, given that the University of Education, Winneba (UEW) was closed because of the COVID-19 pandemic during the registration period, the number of registered voters on the Effutu register should have reduced by the population of students who had left the campus for their homes.

He also claimed that his campaign team intercepted three buses filled with persons who were headed to Effutu from neighbouring communities to register as voters.

"There is now evidence that our unsuccessful attempts at stopping those voter importations, and possible inappropriate registrations, have resulted in the over-bloating of the Effutu register," he said.

"It is estimated that the UEW community contributed over 10,000 to the Effutu voters register in 2016. The 2020 voters registration was done during the COVID 19 period when the University of Education was completely closed down, and students had left for their homes.

"In effect the Effutu constituency voters register for the 2020 parliamentary and presidential elections should have stood at up to 45,000 without more".

Mr Annan said he was still conferring with his lawyers on legal remedies he could pursue to ensure that the "foreigners" were removed although he maintained that he was ever-ready to assist the EC to identify persons who were not residents in the constituency but registered.

"I am still talking to my lawyers but the law says if someone is on the register, he must be allowed to vote on election day. Over 17,000 people who are not from Effutu and not resident here were bused to come and register here," he said.

"I am not interested in who brought them here, I want the right thing to be done because I am certain if the right register is used, I ould have won the election".

Mr Afenyo-Markin polled 33,554 votes as against 18,802 by Mr Annan and 101 by the People's National Convention candidate Umar Murtala Muhammed who garnered 101 votes.