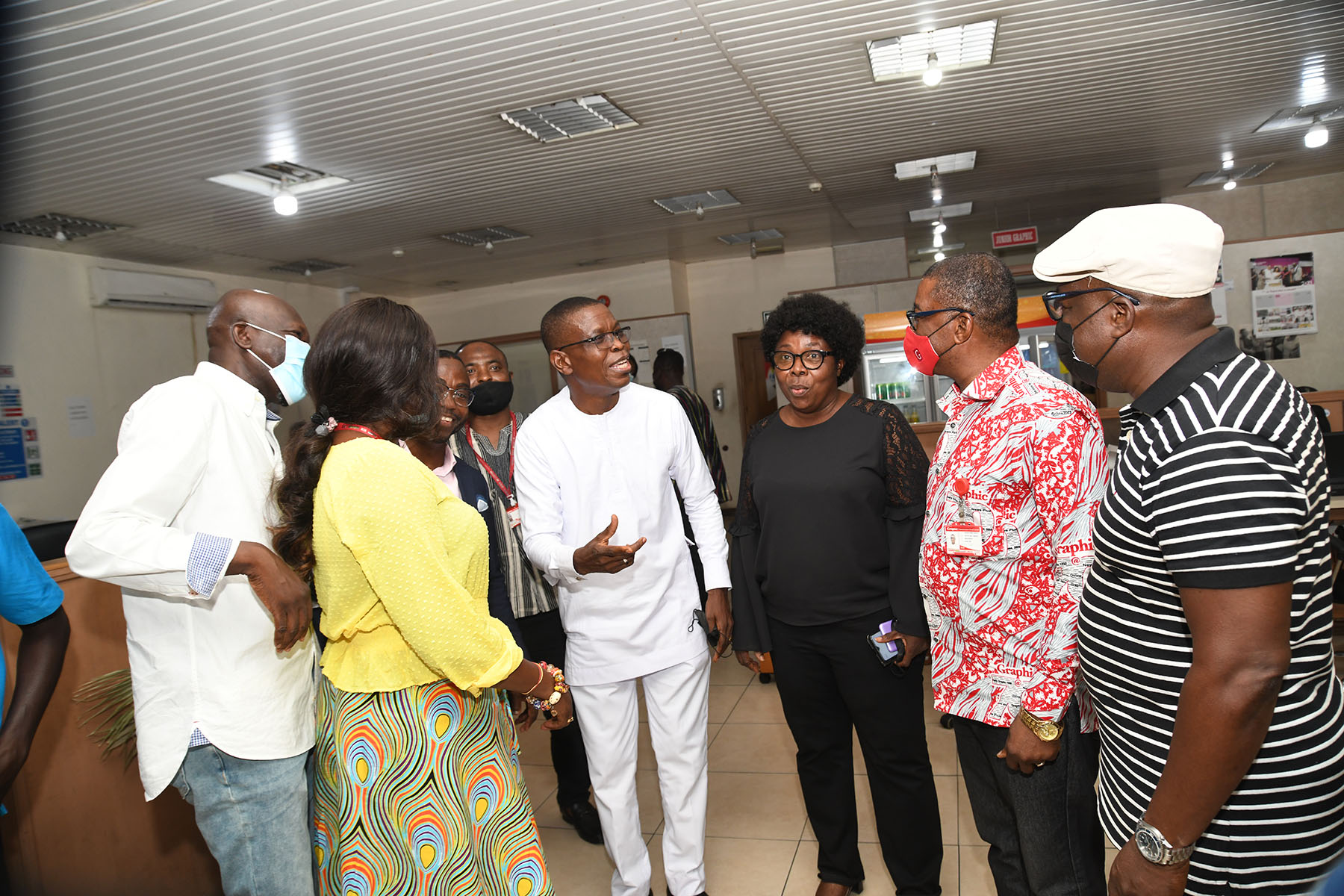 An aspirant for President of the Ghana Journalists Association (GJA), Mr Dave Agbenu, has pledged to promote the welfare of journalists and undertake income-generating activities to support its operations if elected.

In that regard, he promised to complete the process of turning the GJA into a labour union to enable it to fight for better conditions of service for journalists.

Mr Agbenu, who is the Editor of the Ghanaian Times, made this known when he visited the Graphic Communications Group Limited (GCGL), as part of his campaign tour.

The veteran journalist is among three contestants for the GJA Presidency.

The other two contestants are Mr Gayheart Edem Mensah, a media consultant, and Mr Albert Kwabena Dwumfuor of the Atinka Media Group.

Addressing journalists of the GCGL in the newsroom of the Daily Graphic, Mr Agbenu said he had tabled a four-point agenda which he intended to implement when given the nod to lead the inky fraternity.

These, he said , were unionisation of the GJA, improving the operations of the GJA, promoting the welfare of journalists, and curbing attacks on journalists, as well as helping to bring perpetrators of such attacks to book.

He said he came up with the four-point agenda after going round the country to solicit the views of journalists and also listen to their concerns.

With regard to the welfare of journalists, he said the conditions of service of majority of journalists were nothing to write home about.

“It is so pathetic when it comes to salaries and conditions of service of journalists. There are journalists in this country who receive as low as GH¢100 per month. Others are paid per the stories they get published,” he said.

To resolve the problem, he said his administration would make GJA a union to enable it to negotiate with media owners for journalists to be paid acceptable, decent and better salaries.

“We will be able to negotiate to ensure that the low salary syndrome becomes a thing of the past,” he said.

On the issue of the operations of the GJA, he said it was important to empower the association to effectively conduct its operations and address the concerns of its members.

“GJA is 71 years , yet it has nothing to show. It has no investment anywhere and it cannot generate income for itself. What we do now is to go to corporate bodies to support our programmes. We deserve better than that, “ he said.

He said other associations were making massive investments in profitable ventures that would inure to the benefit of their members.