How the Abetifihene celebrated his 30th anniversary reign 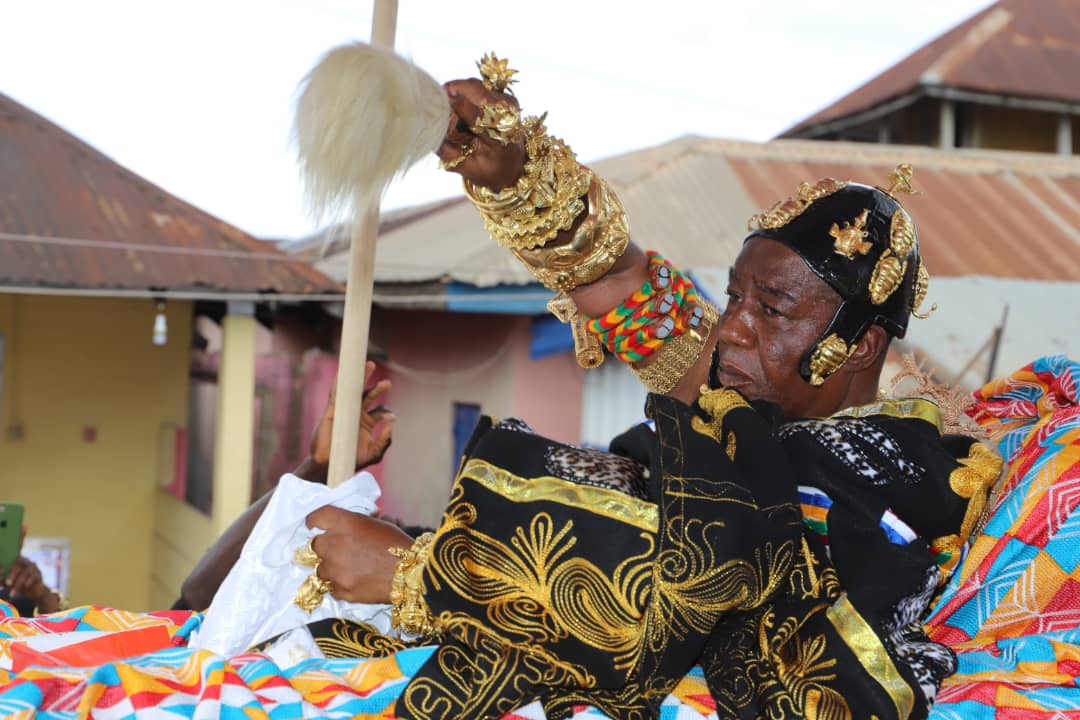 Rich kente, golden ornaments, drum beats and chants ushered in the Abetifihene, Nana Akyemfuor Aseidu III as he emerged from the inner chamber of his Palace onto a palanquin before leading the royals on a procession through the principal streets of Abetifi on the occasion of the 30th anniversary of his reign as Chief of Kwahu Abetifi, in the Eastern Region.

It formed one of the major highlights of the 2022 Kwahu Easter festivities. 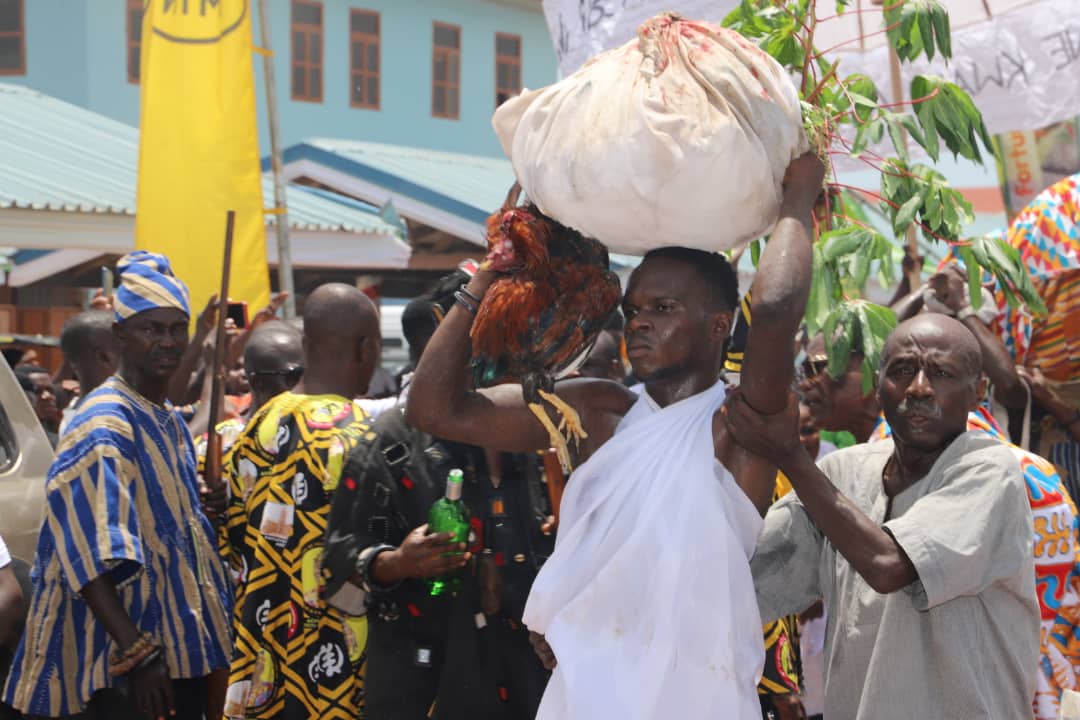 The Abetifihene was joined on the procession Sunday (April 17, 2022) by other leading royals including the Akwamuhene of Abetifi, Berima Danso Brefo I and Ohemaa Amanua who rode in separate palanquins during the hour-long procession to the durbar grounds at the forecourt of the palace. 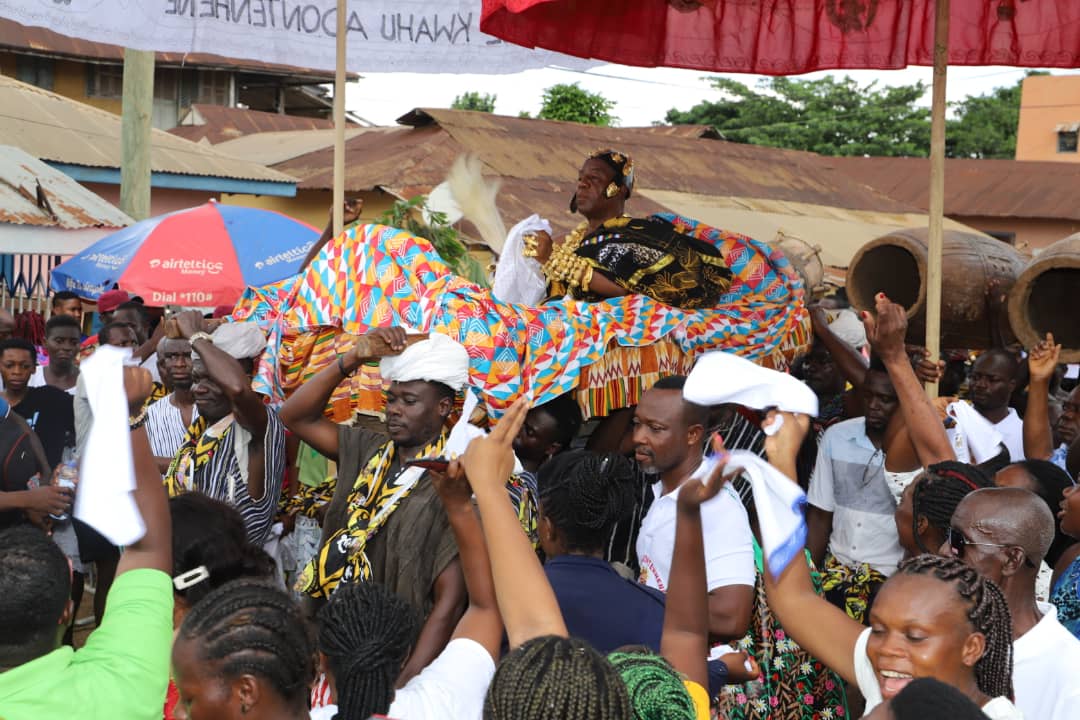 With Berima Danso Brefo I and Ohemaa Amanua leading, the regal procession made periodic stops on some principal streets before making their final stop at the venue of the durbar of Nananom and people of Abetifi. 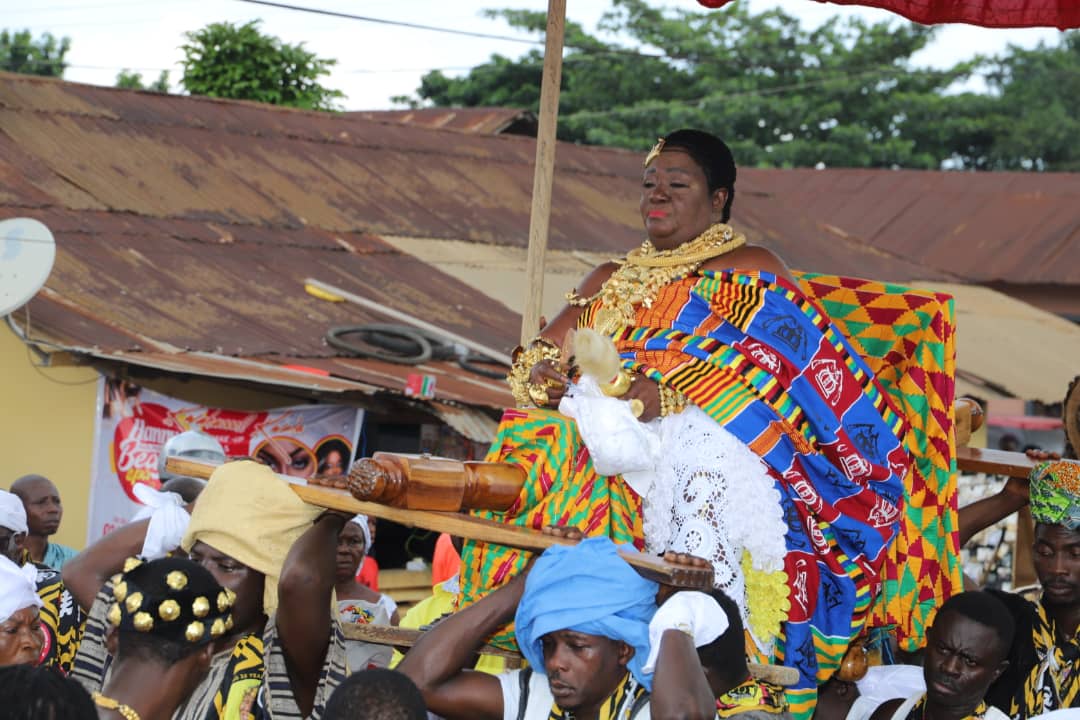 The royals used the stops to acknowledge the warm reception given to them by the hundreds who joined the march as well as those who came out of their homes to greet them.

Riding in the biggest palanquin of the procession, the Abetifihene regularly dipped his hands into the massive Kente cloth and threw coins, toffees and branded 30th anniversary handkerchiefs to the joyous crowd who were full of praise for the traditional leader.

The procession was a prelude to the durbar of the entire community. 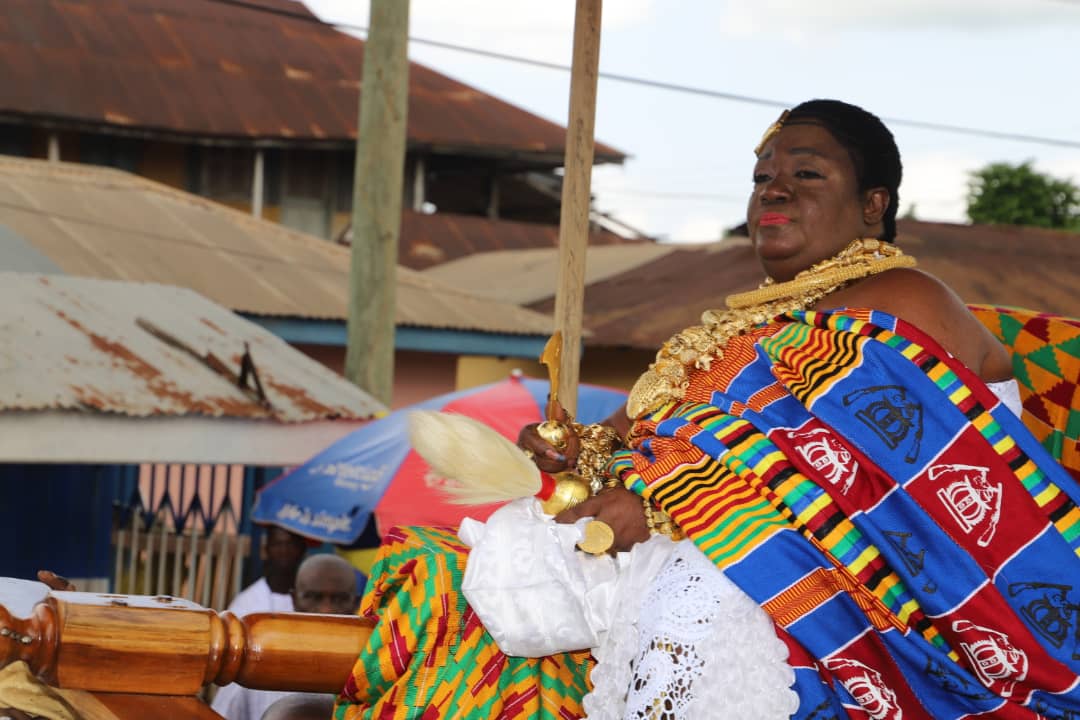 The Member of Parliament for Abetifi, Bryan Acheampong and the Okyenhene, Osagyefuo Amoatia Ofori Panin were among the massive donors at the durbar.

While the MP donated GH₵100,000, a representative of the Okyenhene donated GH₵50,000 on his behalf.

The Eastern Regional Minister, Seth Kwame Acheampong on behalf of President Nana Addo Dankwa Akufo-Addo donated GH₵10,000, cartons of water and an assortment of beverages and GH₵10,000 in his capacity as regional minister and Nana Kwame Gyan donated GH₵20,000.

In an address, the Abetifihene expressed gratitude to all the donors, corporate sponsors and the press for supporting development activities in the area.

He noted that many illustrious sons of Abetifi had contributed about GH₵500,000 towards development activities in the area. 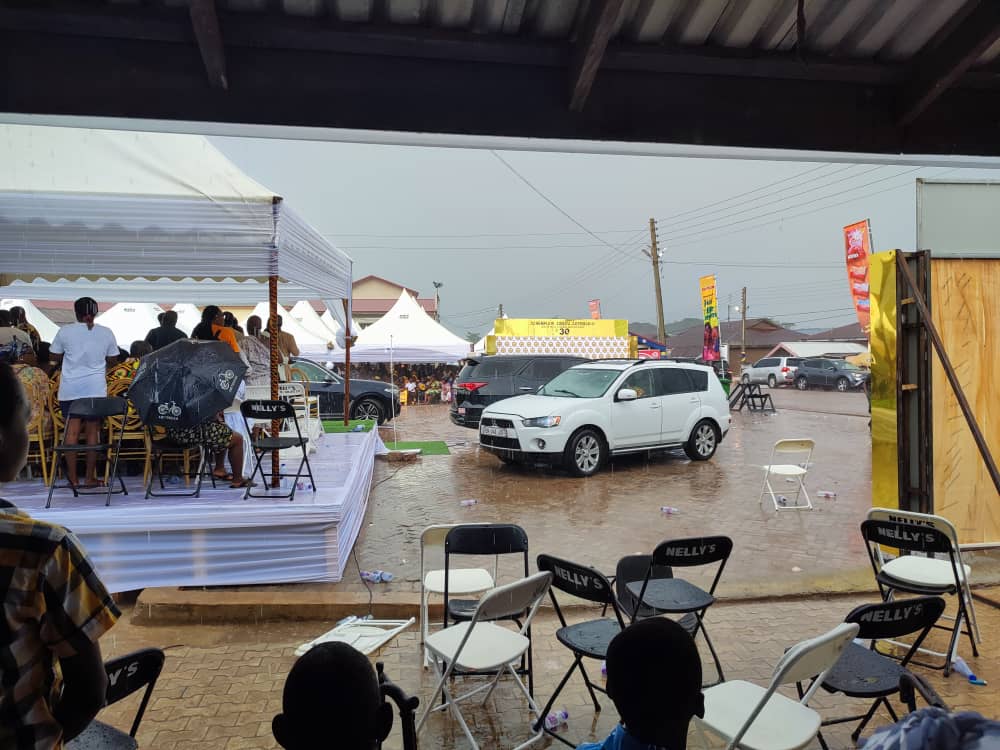 After some hours of display of rich Kwahu traditions and culture, the durbar was interrupted by rain.

The rains which had been threatening all weekend finally came tumbling down shortly after three 3pm.

That resulted in many people at the durbar grounds seeking shelter under sheds at the forecourt of the Abetifihene’s Palace.

Before the rains, many traditional leaders, politicians and prominent Ghanaians including former President John Dramani Mahama and national executives of the National Democratic Congress had graced the occasion and paid homage to the Abetifihene who sat in state and received dignitaries for close to four hours.

Although some dignitaries had departed the durbar grounds before the rains, many remained seated under canopies and watched the abrafour’s display during the rains.