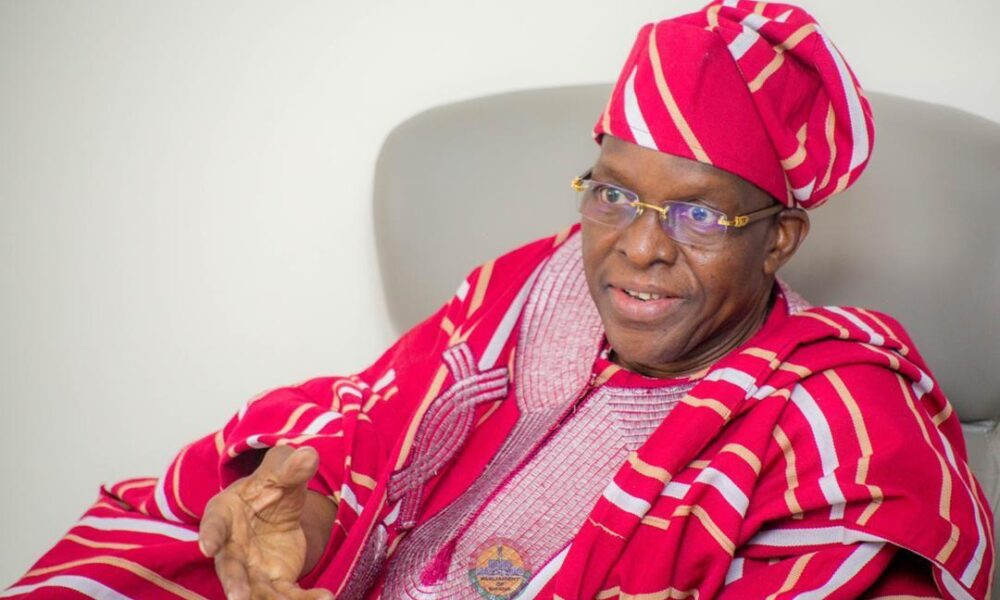 The government has released GH¢25 million to Parliament to run its business barely 24-hours after the Speaker, Alban Sumana Kingsford Bagbin, disclosed on the floor of Parliament last Thursday that the House was broke.

The Speaker attributed the development to the delay by the Ministry of Finance to release the needed funds to Parliament.

Moments after the Speaker’s statement, however, the Majority Leader and Leader of Government Business, Osei Kyei-Mensah-Bonsu, went on air to deny that assertion.

Speaker’s Reaction Mr Bagbin said he was not happy about the response of the Majority Leader on the airwaves because it created the impression that he the Speaker, was not being truthful, with the matter.

On the floor of Parliament Friday, Mr Bagbin said he could provide documentary evidence to prove that the House had been starved of funds.

"In Ghana, Parliament is not supreme, it is subject to the Constitution, so it is important that when the Speaker speaks as the Leader of the House, the Majority Leader should not be seen as the one countering what the spokesperson of the arm of government says.

"So when I hear that the leader of the MPs, in response to what I said on Thursday had gone on air to say what I said is not true, it saddens me", the Speaker said.

According to him, the government proceeded to release the money to enable the House to function after his disclosure. "I will not take it when the Majority Leader always goes on air to counter what I say, particularly when I say it in the chair. I am in control here and I will continue to be in control until my term of office ends or you decide otherwise as members to remove me as the Speaker of the House by the votes of three-quarters," the Speaker said.

"Please, this is the last time I will refer to it and this is enough notice to whoever thinks that he has the same authority as the Speaker. I will take this to the Conclave when the House convenes on Tuesday, next week. We will discuss this as leaders in the pre-sitting meetings before we sit on Tuesday.

Enough is enough," Mr Bagbin added. Majority's presser Addressing a press conference on the statement by the Speaker last Thursday, the Majority Chief Whip and MP for Nsawam-Adoagyiri, Frank Annoh-Dompreh, confirmed that the government had released GH¢25million to Parliament for goods and services.

He said the Majority Leader, before leaving to Kumasi last Thursday, had informed the Clerk to Parliament and the Chief Accountant of Parliament, both of whom claimed they had foreknowledge of the release of the funds.

"When the Speaker was lamenting, the release had indeed officially been effected and was just going through the processes.

“The communication comes from the Finance Ministry, goes through Controller to the Bank of Ghana before it hits the accounts of Parliament.

"Interestingly, around 3 p.m, I got a confirmation from Parliament that indeed the money had hit the accounts," Mr Annoh-Dompreh said.

He further announced that an outstanding GH¢50million for the National Health Insurance Scheme (NHIS) had been released to that entity as confirmed by the Controller and Accountant General’s Office.