Give us more powers - NMC to Parliament 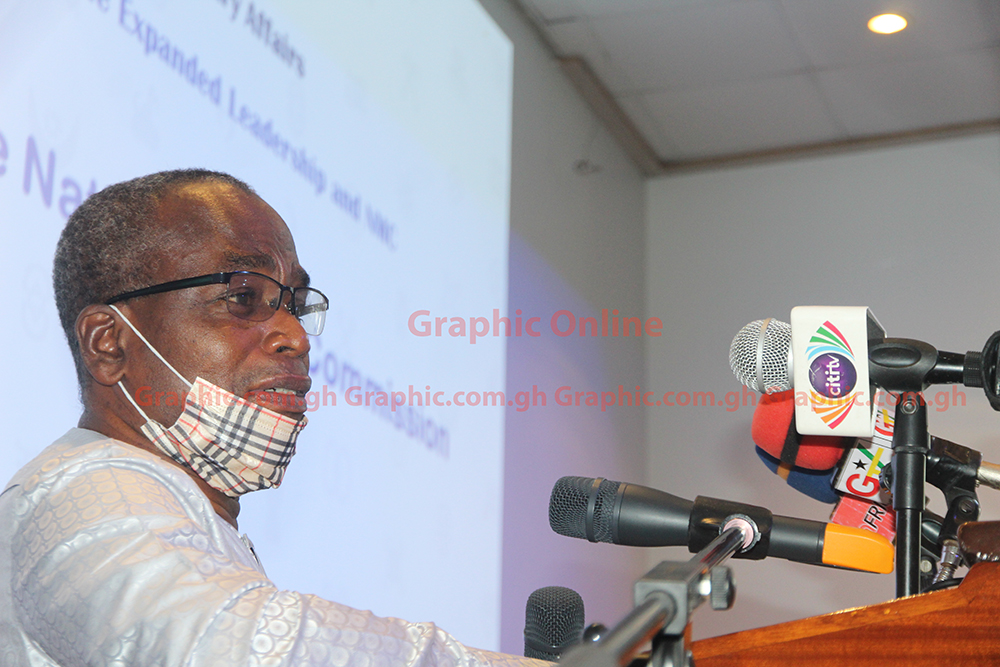 The National Media Commission (NMC) has appealed to Parliament to review and amend Act 445 of 1993, so as to empower the commission to enforce its mandate.

The Commission is of the view that the current law that established it only allows it to order irresponsible media houses to apologize and retract their publications.

It is therefore asking for more powers to be able to introduce stiffer punishment for media houses that publish false and inappropriate content.

Speaking at a meeting between the commission and the expanded leadership of Parliament today (Oct 28), the Chairman of the NMC, Mr Yaw Boadu-Ayeboafoh, said the current law was not fit for purpose.

The meeting was organized by the Ministry of Parliamentary Affairs.

“The constitution says that additional responsibilities and additional powers can be given to the NMC by parliament. Sometimes when we bemoan the lack of power of the NMC, it means we have not been given the resources and enablement needed,” he stated.

He said one of the most unfortunate developments was when people misread the provision in the constitution which says that the NMC shall take all appropriate measures to ensure the highest journalistic standards and professionalism in the media.

He noted that the assumption was that the commission has the power to do anything to ensure this, which was not the case.

He said it was even more painful when members of parliament tend to resonate with this misunderstanding of the provision of the law.

“When people speak this way, the intention is that the NMC is not cracking the whip but nobody has given the whip to the NMC to crack,” he added.

He said this was a country of rule of law and the NMC could therefore not carry out mandates which it had not been empowered by law to do.

“We do not have the power to punish or close down media houses. The only power the NMC has now is to order the retraction of a story, an apology, a publication of a rejoinder, or make reference to a professional body over the conduct of a member of that body for action,” he stated.

He said beyond this, the NMC could not do anything.