Ghana's democracy in the hands of the Supreme Court? 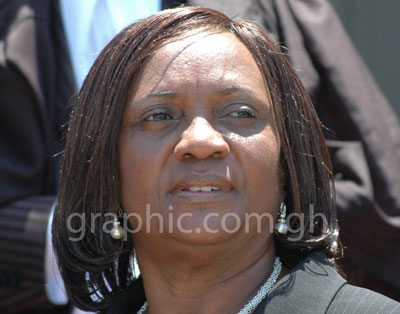 Ghana is one country south of the Sahara that has and continues to be a model of democracy, at least, since 1992, when the country took the path of parliamentary and presidential democracy.

Ever since that period the country has gone through six successful general elections. This is without any malicious or prejudicial intent, bearing in mind that there is to be a final determination of the on-going presidential petition challenging the declaration of President John Mahama as the winner of the December 2012 presidential election.

Be that as it may, we as a country can beat our chest to boast that if for nothing at all on five and six different occasions we successfully elected various presidents and legislators to serve the country.

During those periods some doubts may have been cast over the way and manner those elections went save to say that regarding presidential elections, qualms had been raised in the highest court of the land as in the instant case.

TEST CASE FOR DEMOCRACY AND AFRICA

The ongoing presidential petition is a test case for our democracy.

Firstly, it is the first of its kind in the country’s fledgling democratic dispensation and serves as the benchmark for future elections in the country. It will also serve as a precedent for our legal jurisprudence and upon which any future case would be conducted and determined.

And secondly, the outcome of this case, no matter whichever way the decision goes, will go to bolster Ghana’s tag as a beacon of democracy and hope for the African continent.

This is so because if this had happened in other countries, the result would not have been what we are all witnessing in the court today. The people would have taken the law into their own hands to seek justice.

The major players in the political game, namely the petitioners and the respondents, should be applauded for marinating sanity and resorting to the courts rather than the streets to seek redress in such a sensitive matter.

THE CONDUCT OF THE CASE

The conduct of the case has been interesting for many reasons, especially the fact that the proceedings are being telecast live by Ghana Television, and the various coverage by the journalists or various media organisations who are covering the proceedings.

It has also shown that after all, Ghanaians are a united people because the parties in the petition are everyday seen on television by people engaging in one form of conviviality or the other. This is a demonstration to all that it pays not to be at war because even the main protagonists remain united.

It is for this reason that we should all accept the decision that will be arrived at by the court, and in which no party should be considered as a winner or loser because at the end of the day it is the country that will win.

It is for this reason that I find as very unfortunate some of the comments and stands that have been taken by many people, including the legal teams of the two parties, namely, the petitioners and respondents.

Some of these comments leave very sour tastes in our mouths because as lawyers they should set good examples for the rest of society to chart.

RULES OF COURT AND AMICUS CURIAE

The Supreme Court is regulated by its own rules of procedure; however, the petition being a novelty also has legislations to regulate its trial. So it has emerged that the court has not done badly but has also sometimes relaxed the rules, especially those relating to evidence and admissibility of same.

The stand of the court is understandable because of the sensitive nature of the case and also the fact that no judge wants to be seen or labelled as such.
With the greatest respect to Your Lordships, I am not by any stretch of imagination denigrating their intelligence in this matter.

The judges have added to the fun of the whole trial, especially the way they interlaced the tensed proceedings with lots of humour.

Sight should also not be lost of the court’s treatment or handling of the Amicus Curiae, Mr Benony Tony Amekudzi.

I see Mr Amekudzi’s treatment, particularly, regarding his review application as a way of adding to the fun otherwise the Supreme Court that I know would not have entertained Lawyer Amekudzi under any circumstance.

The case will for a long time to come remain one of the highlights in the country’s history and also has the tendency to either make or unmake our country.

This time marks a critical point in our country’s quest for development. It must not be seen at all as a waste of time and precious resources. Definitely, the case will serve a good purpose as already set out in the prefatory paragraphs to this article.

The international community is watching with keen eyes and the sceptics, for sure, will want to wait to see the full end of the case before they make any serious commitments in the country; whether regarding their own investments or donor assistance.

Ghanaians must have faith and support the nine justices of the Supreme Court in whose hands the country’s road to democracy and overall development rest.