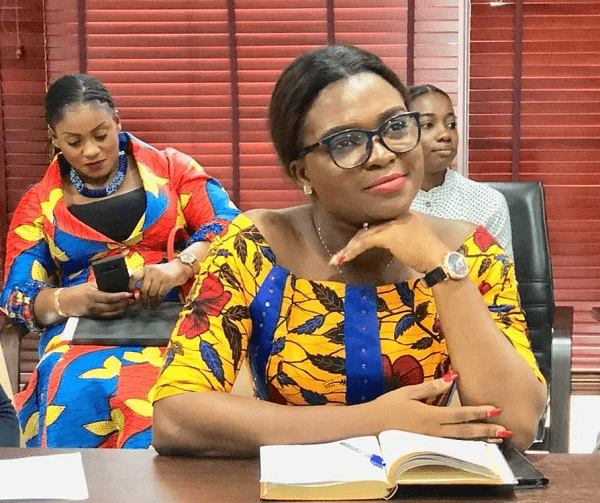 The second youngest Member of Parliament (MP), Ms Joycelyn Tetteh, has been adjudged the ninth best MP in the country.

The National Democratic Congress (NDC) MP for North Dayi Constituency and  a first-timer in Parliament was ranked very high by her constituents  per a research conducted by Dr Isaac Owusu-Mensah and Mr Kaakyire Frempong, both senior lecturers at the Political Science Department of the University of Ghana in collaboration with Konrad Adenauer Stiftung.

The youngest member of Parliament is the New Patriotic Party (NPP) MP for the Kwabre East Constituency, Francisca Oteng Mensah.

The best 10 MPs in Ghana, according to the survey, were from the Asutifi South, Effutu, Abetifi, Atiwa East, Ellembele, North Tongu, Adaklu, Akim Swedru, North Dayi and Ketu South.

The respondents were asked to rate the performance of their MPs so far on the scale of ‘Excellent to very bad’ and less than half 45.7 per cent were satisfied, the majority, 52.3 per cent were dissatisfied.

“Generally, poor performance on the part of the elected induces apathy in the electorate,” the study said.

The study was conducted in the 275 constituencies by questioning 100 persons from each of the constituencies. In all, 27,500 people were interviewed for the study.

Per the report, Mr Collins Dauda, the MP for the Asutifi South was adjudged the best MP in Ghana while Dr Matthew Opoku Prempeh, Minister of Education and MP for Manhyia South Constituency was the best Minister in Ghana per the survey.

However, 7.9 per cent were undecided when questioned if they would vote for the incumbent MP.

Findings of the study were jointly presented last Monday in Accra by Dr Owusu-Mensah and Mr Frempong, both senior lecturers at the Political Science Department of the University of Ghana.

Speaking in a telephone interview with Ms Tetteh, who is currently attending an official national assignment in China, she said she took the job of an MP very seriously and was constantly improving the levels of interaction and communication with her constituents.

“My constituents gave me the opportunity to serve them in Parliament and so I am committed to doing everything possible to make them satisfied with my work in Parliament,” she stated.

Ms Tetteh, who defeated a first-time MP, Mr George Loh, in the NDC Parliamentary primaries to become the NDC candidate for the 2016 parliamentary election said, “whether I am busy or not, I take constituents complaints very seriously; It is not all about money but how one relates with her constituents.”

As a member of the Constitutional, Legal and Parliamentary Affairs Committee as well as the Business Committee, Ms Tetteh said as a first-timer in Parliament, it was not easy combining her role in Parliament and the constituency.

“As a female in the house of the legislature, the issue of gender challenges always came up and it was quite difficult to make our voices heard”, she told the Daily Graphic but pointed out that over time and with the encouragement from the Speaker of the House, Prof Mike Ocquaye, “I have now found my confidence to work uninterrupted.”

Ms Tetteh, who is the Anti-Human Trafficking Ambassador for Ghana, also advised Members of Parliament to be rational with the kind of promises they make during campaigns.

In her view, since the constituents would hold MPs accountable, it was important MPs considered their campaign promises carefully.

She also cautioned against the continuous absence of MPs from their constituency duties saying “that could impact negatively on their re-election bid.