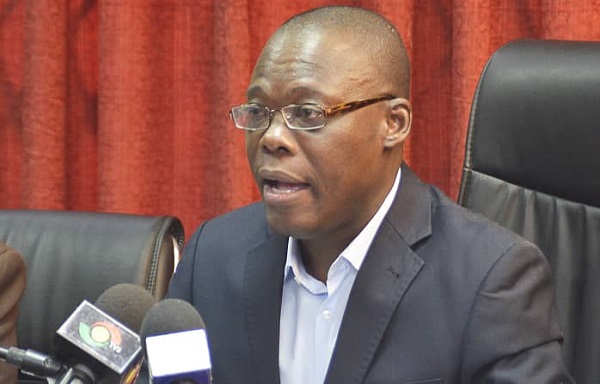 The newly elected General Secretary of the National Democratic Congress (NDC), Fifi Fiavi Kwetey, has vowed to rally the rank and file of the party to deliver a one-touch victory in the 2024 general election.

The NDC, he said, would recapture power from the governing New Patriotic Party (NPP) after a successful reorganisation drive which lasted two years, although it would not come on a silver platter.

“We don't assume it is going to be easy because of the economy. We must go out there, prove and establish to the people of Ghana that we are clearly a credible alternative to deliver the hopes and aspirations of the people,” he said.

“We must go out with humility, a lot of determination, its going to be competitive. We have done it before and we are here back on time to deliver again,” he emphasised.

Mr Kwetey expressed this optimism in an interview with the Daily Graphic in Accra yesterday.

The former Deputy Minister of Finance said it was the desire of the rank and file of the party for the NDC to return to power hence the decision by the delegates to go in for new leadership to bring that desire into fruition.

That, he said, happened at the Accra Sports Stadium, the venue for the 10th National Delegates Congress of the party last Saturday, where the delegates voted to elect new leaders to prosecute the agenda of returning the party back to power.

Mr Kwetey said his two contenders in the race for the General Secretary position, Dr Peter Boamah Otokunor and Elvis Afriyie Ankrah, had called to congratulate him while he had also assured them of his willingness to bring them on board to prosecute the winning agenda.

He said he conducted a clean campaign based on issues that were already in the public domain and not personality attacks.

He, therefore, said it would not be difficult to bring them on board.

“They quickly reached out to me and I have reciprocated the gesture. We promised one another that we will place the party’s interest above any other interest,” he stated.

Mr Kwetey thanked the delegates for reposing their confidence in him.

He said even though he had not been involved in the day-to-day affairs of the party since 2009, what accounted for his victory at the congress was about his message to offer selfless, focused and committed leadership to place the interest of the party and that of the country above others.

That, he said, resonated with them to give him their mandate to serve as the general secretary.

I’m not a propagandist

Mr Kwetey debunked the assertion that he was a propagandist, saying that he only set the record straight to expose the total ineptitude of former President Kufuor administration.

“I have been a massive tormentor for them back in time when I was in charge of the party's communications. Naturally, they will not like me,”

Mr Kwetey said he was a ‘true patriot’ and he would always put the country and the welfare of Ghanaians first ahead of any other interest.