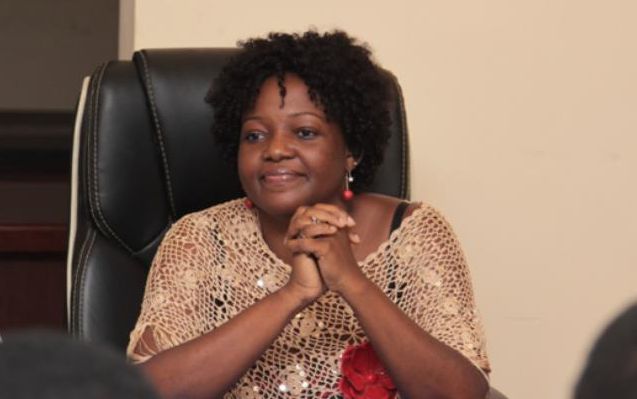 The Election Community of Practice and Learning (ECOPL) is demanding that the government updates Ghanaians on the status of the recommendations of the Constitution Review Commission (CRC), for which a white paper was issued by the previous administration in June 2012.

The ECOPL which is an independent coalition which comprises grant partners of Star Ghana Foundation, an organisation dedicated to addressing development challenges, expressed worry about the current administration’s silence on the white paper after the previous government had spent GH¢ 28.4 million on the constitutional review exercise.

It, therefore, urged President Nana Addo Dankwa Akufo-Addo to ensure a holistic and transparent amendment of the 1992 Constitution in accordance with the desire of Ghanaians.

At a press conference in Accra last Tuesday on the “Status of Constitution Reform Exercise”, the Convener of the ECOPL, Mrs Eyram Bashan, said out of the over 90 recommendations accepted by the then government, only one had been implemented by the President Akufo-Addo-led administration.

The single recommendation being implemented is in reference to the government’s decision to elect Metropolitan, Municipal and District Chief Executives (MMDCEs), the reason for which a referendum has been slated for December 17, 2019.

Following the recommendations of the CRC in its report, the government issued a white paper and formed a Constitutional Review Implantation Committee (CRIC) in 2014 to begin work on amending the Constitution.

It was also tasked to present a draft bill for the amendment of the Constitution in the event that any changes were warranted.

However, five years down the line, the process has stalled.

“After the 2016 general election and the subsequent change in government, nothing substantial has been heard or done to implement the recommendations from the constitutional review exercise,” she said, adding that ECOPL was interested in finding out what happened to the bill.

Mrs Bashan, however, commended the current administration for marking January 7 as Constitution Day.

The day, which is now a public holiday, is celebrated to mark the adoption of the Constitution of the Fourth Republic of Ghana on January 7, 1993.

According to Madam Bashan, recognising a Constitution Day without full implementation of the recommendations from the CRC process made no sense.

“We are, therefore, calling for an official declaration of the status of implementation of the recommendations of the Constitution Review Commission (CRC) and the current members of the commission,” she added.

Meanwhile, the Communication and Learning Manager of Star Ghana Foundation, Ms Mabel Viviey, observed that a constitutional review was instrumental in the development of a nation.

She, therefore, encouraged Ghanaians to advocate the reformation of the current Constitution.

“Given the high partisan nature of governance of Ghana, the implementation of the constitutional review recommendations requires a strong, collective involvement of civil society actors who will sustain the objectives of the exercise devoid of the usual politicking and the interest of the State and citizenry,” Ms Viviey stated.