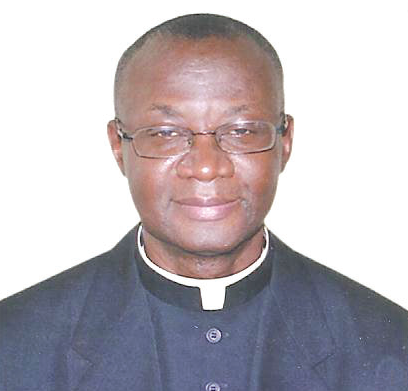 The Dean of Graduate Studies of the Catholic University College of Ghana (CUCG), Reverend Father Professor Peter Nkrumah Amponsah, has expressed concern about the needless abuse of the Ghanaian media space.

Describing the situation as a ‘digital form of political vigilantism’, Prof. Amponsah, a Catholic priest, regretted the Ghanaian media space was currently unhealthy, polluted with outright lies, and deception, which remained an affront to press freedom guaranteed by the 1992 Constitution.

In an interview with the Ghana News Agency (GNA) at the university’s campus at Fiapre in the Sunyani West Municipality, the Catholic priest bemoaned the uncontrolled verbal attacks and assaults in the nation’s media environment which dented the beauty of press freedom.

He expressed regret that the framers of the Vigilantism and Related Offences Act (999), 2019, which outlawed the formation of political party vigilante groups, did not give space to tackle ‘digitised vigilantism’ in the media environment.

That, Rev. Fr Prof. Nkrumah indicated, had paved the way and provided a conspicuous platform for political parties and their followers, thereby leveraging the nation’s limited media resources and frequencies for ‘all sorts of digitised vigilantism’.

“It is better we try as much as possible to maximise the use of our limited media resources and frequencies for the purposes of development, instead of peddling outright lies and deception, particularly in the digital media space”, he advised.

Rev. Fr Prof. Amponsah, who is also a communication expert, expressed discomfort that the Ghanaian media had gradually swayed from its agenda-setting role, and allowed political parties to set the pace for discourses, unhealthy for the nation’s development.

He emphasised that the 1992 Constitution placed responsibility on the media to remain neutral and check successive governments against abuse of political power as well as put a spotlight on the nation’s development agenda.

Rev. Fr Prof. Amponsah expressed the hope that the media would re-focus, adhere to high ethical standards and professionalism, highlight development, and promote peace and social cohesion, which were ingredients required to facilitate accelerated national growth and development.