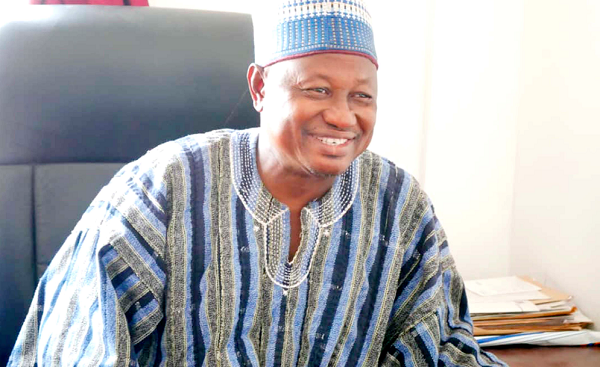 The Forum of Former Members of Parliament (FFMPs) has called on the Ministers of Defence and National Security, as well as the Ghana Armed Forces to regularise the reposting of withdrawn officers meant to compliment the security detail of the Speaker of Parliament, Mr Alban Bagbin.

A statement signed by the President of the forum, Mr David Apasera, who is a former Member of Parliament for Bolgatanga Constituency in the Upper East Region in the Fourth Parliament of the Fourth Republic, also called for calm among interested parties with regard to the issue of the withdrawal of military attachment to the Speaker.

The forum noted that the action of the Military High Command was ill-timed, especially following the controversies in Parliament between the minority and the majority on budgetary issues.

The controversies they said painted a picture of bad blood between the legislature and the Executive.

The forum further urged the public to avoid all forms of communication that would seek to blame, slight or score political points.

"The pathway now should be consensus building so as to achieve peace and harmony".

They expressed the hope that security issues of that nature would not be made open for public opinion.

A letter dated January 11, 2022 titled “Withdrawal of Military Personnel Attached to the office of the Right Honourable Speaker of Parliament” informed the Speaker of the withdrawal of the personnel.

They have been serving Bagbin’s office since he became Speaker in January 2021.

The letter from the Chief of Staff of the Ghana Armed Forces, Major General N.P. AndoH, to the Speaker, Mr Bagbin, said the withdrawal was necessitated because the said the officers were earlier attached “without proper procedure”.

The aftermath of the decision to withdraw the soldiers as part of the security detail of the Speaker generated a lot of discussions in the media.