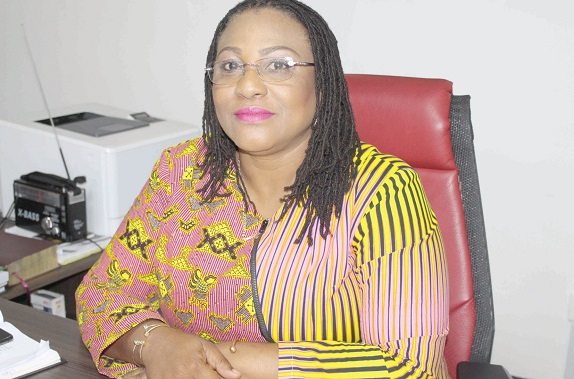 The Chairperson of the National Commission for Civic Education (NCCE), Ms Josephine Nkrumah, has urged the media to maintain a high level of professionalism and ethics in the coverage of political activities as the country prepares for this year's elections, scheduled for December 7.

She said beyond giving fair coverage and equitable access to the 12 presidential candidates who made it onto the ballot paper, the media must ensure accuracy, objectivity and impartiality, recognising that the power they wielded was on behalf of the people of Ghana to facilitate and promote peaceful elections.

"Do not fan violence, so that we can all enjoy the fruits of our collective effort at enhancing peaceful elections," Ms Nkrumah said.

Ms Nkrumah was speaking at a national forum on the role of the media in ensuring peaceful elections in Accra yesterday.

The forum, organised by the NCCE, in collaboration with the Media Foundation for West Africa (MFWA), brought together key representatives of the media industry, including editors and managers of media organisations, representatives of the National Media Commission, the Ghana Journalists Association, the Ghana Independent Broadcasters Association, the Ghana Community Radio Network, the Private Newspaper Publishers Association and the Editors Forum-Ghana, to interface with other key stakeholders who are doing election-related work.

It provided the opportunity for the stakeholders, including the Electoral Commission (EC) and the security agencies, to share their work with the media, including the preparations they had made so far, as well as measures they had put in place to facilitate the media’s role in promoting peaceful elections.

Ms Nkrumah noted that to enhance an issues-based campaign, the NCCE would soon make public the findings of a survey on matters of concern to voters to compel parties to refrain from the rhetoric of intemperate language and rather focus on the concerns of Ghanaians, as articulated in the yet-to-be-released report.

She said the NCCE would remain vigilant as it observed the heightened political climate as the political parties carried out their campaigns, barely 45 days to the December 7 elections.

Already, she indicated, the commission had heard accusations and counter-accusations among the parties and allegations against the EC by the main opposition party, the National Democratic Congress (NDC).

Commenting on the issues-based campaign, the Chairman of the National Peace Council (NPC), the Most Rev. Prof. Emmanuel Asante, said he had observed that this year’s campaign was focused more on the discussion of manifesto promises.

He said the media must insist on maintaining decorum on the airwaves when they hosted politicians to help bring sanity into the political space ahead of the elections.

“I have pleasantly observed that this year, some of the political parties have based their arguments on their manifestos, and that is good,” he said.

The Executive Director of the MFWA, Mr Sulemana Braimah, who made a presentation on the safety of journalists ahead of the elections, said although there were legal guarantees to protect the freedom of journalists, including the freedom to establish and operate, there were still challenges that disrupted the work of journalists.

He explained that such challenges, including verbal abuse and attacks on journalists, must be cracked down as the elections approached to give journalists the assurance to go about their work freely.

He said the MFWA, ahead of the elections, had rolled out two main projects aimed at ensuring safety and high professional standards in the media.

“Over 150 journalists have been trained on safety practices across the country in the last three months,” he said.

The EC representative at the forum, Mr Michael Boadu, cautioned the media to resist the temptation of calling the results of the elections for any political party ahead of the EC’s official declaration.

He said no matter how much information would be available to the media, journalists must wait for the official declaration by the EC Chairperson, who is the Returning Officer for the presidential election.

Mr Boadu indicated that journalists seeking accreditation to cover the elections would not have to pay a fee for it.
Observers would, however, be required to pay for their accreditation.

On how the security agencies were preparing to ensure peaceful elections, the Director of Public Affairs at the Ghana Police Service, Superintendent of Police Sheilla Kessie Abayie-Buckman, said Ghanaians did not have to choose between exercising their right to vote and protecting their lives and properties at the same time on election day.

As a result, she said, the National Election Security Task Force (NESTF) would be deployed to ensure the safety of citizens and maintain the integrity of the polls.

She cautioned journalists who would cover the elections to take precaution, as there were undertone terrorism activities in the country as the elections drew nearer.

“Safety first, story second. When you take undue risks, you endanger those who might have to rescue you,” Supt Abayie-Buckman said.

For their part, representatives of the various media associations present at the forum pledged their commitment to professionalism and fairness in their reportage before, during and after the elections.