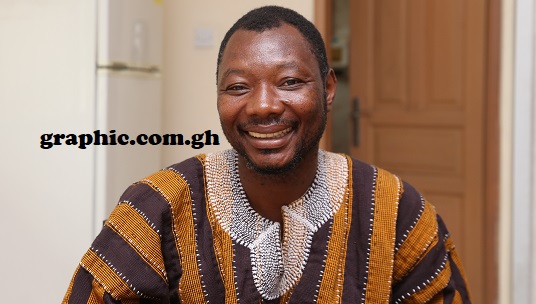 With 89 days to the 2020 presidential and parliamentary polls, the People’s National Convention (PNC) is still embroiled in controversy over filing fees that should be paid by people seeking to contest the flag bearer and other national office positions.

Three different groups in the party — the National Executive Committee (NEC) led by its National Chairman, Mr. Bernard Mornah; the Leader and 2016 flag bearer of the party, Dr. Edward Mahama, and the Council of Elders - came out with different filing fees.

A statement released by the Secretary of the congress committee, Mr. Sulemana Seidu, said the committee had agreed that the filing fees set by NEC, which were lower than what were announced by the leader of the party, and the compromise fees announced by the Council of Elders would apply.

“Owing to the fact that we are not in normal times due to the effects of COVID-19 on human and economic activities, the filing fees that were reviewed and set by the National Executive Committee of the party on Tuesday, the 18th of August, 2020 will be maintained,” the statement said.

The statement also added that the date for the national delegates’ congress of the party was September 19, while the vetting would be from September 11 to September 13.

“Consequently, aspirants who have successfully completed and filed their nomination forms would be vetted according to the timetable of the Vetting Committee which would start at 2 p.m. on Friday, September 11, 2020, through Saturday, September 12, 2020, to Sunday, September 13, 2020, from 9 a.m. respectively.

“All regions should make their electoral albums available by Saturday, September 12, 2020, and send soft copies via whatsapp to 0274470944 or email This email address is being protected from spambots. You need JavaScript enabled to view it.. We should all support to implement the above in the interest of our dear party,” the statement added.

On August 18, the NEC, led by Mr. Mornah, convened a meeting in Accra and set September 19 as the date for the national delegates’ congress. Visibly absent from the NEC meeting was Dr. Mahama.

The other national positions were also set at GH¢10,000.

Dr. Mahama’s directive further changed the composition of the vetting committee as released after the NEC meeting, as well as other things put in place by the NEC.

The Council of Elders of the party, on August 28 this year, released a statement about steps it had taken to resolve the impasse between the NEC and the leader of the party.

According to the press statement, the Council of Elders had decided to allow nominations to remain open until September 7, as decided by the NEC.

The council also decided to peg the filing fees above what the NEC, led by Mr. Mornah, had agreed on, but below what was released by Dr. Mahama.