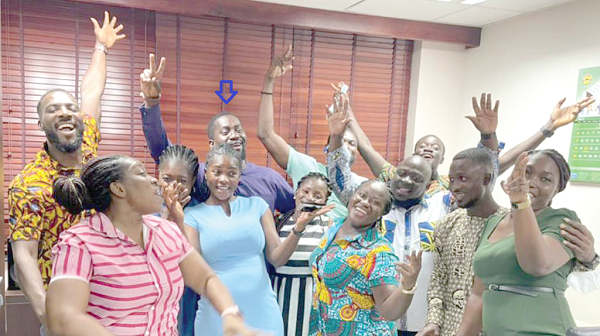 The National Democratic Congress (NDC) Member of Parliament for Ayensuano, Nana Yaw Teddy Addy, has revealed that he will not accept government’s luxurious cars for MPs but rather invest his share in development projects within the constituency.

According to him, about 98 per cent of roads within the constituency were in deplorable states, affecting economic growth within the area.

He disclosed this when the 2003 year group of Okuapeman Senior High School paid a courtesy call on him.

Nana Addy acknowledged past and present teachers of Okuapemman Senior High School for the wonderful work done over the period.

“It is important to celebrate and encourage these teachers for their commitment, consistency and love towards duty,” he added.

Nana Teddy Addy noted that it had not been easy securing funds to embark on projects for his constituency as it was his first time in Parliament and his party was in opposition.

“It is no fault of ours to be found in a situation like this but one thing I believe is that even an orphan can win the heart of the master and be fully accepted as part of a family through humility and respect,” he said.

According to the Ayensuano MP, road construction in the constituency was one of the major areas he would explore, since most of the constituents in the area were either into farming or trading.

“Most of the farm produce is left to rot in the bush because there are no passable roads in the area,” he added.

Nana Teddy Addy said it was important to attract investors into the constituency to help develop the area.

He also highlighted quarrying and sand winning as important activities in the area and how the constituency was blessed with what could be used for infrastructure purposes.

“What is left to be able to achieve the infrastructural goal is roofing sheets and cement, which some companies have started donating,” he added.

He also touched on empowering women and the youth in the area by creating jobs for the youth and supporting traders with capital to enlarge their trading business.