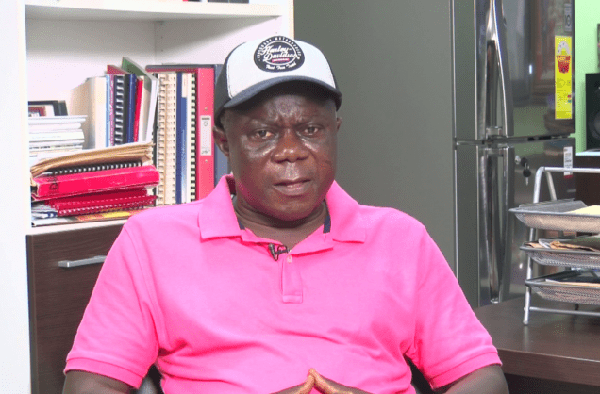 The chairman on Constitutional, Legal and Parliamentary Affairs Committee of Parliament, Kwame Anyimadu-Antwi has said his committee was seriously working on the LGBTQI+ Bill and that they have concluded with that of the public hearings and would soon rap up with that of in-camera meetings.

The in-camera meeting, he said was to afford some distinguish personalities who have valuable contributions to be made to the Bill and do not want to be heard in public to do so.

He therefore said the committee has not delayed its work as it was being perceived by the Minority caucus but it was rather to ensure that their work was thorough and could stand the test of time when it was finally passed into law.

“We want to ensure that the committee's report that would be presented to the plenary would make the work easier for the House to pass the Bill into law", he said.

Mr Anyimadu-Antwi, who is also the MP for Ashanti Akyem Central was directly responding to comments made at the plenary on Wednesday, June 8, by MP for Ho West, Emmanuel Kwasi Bedzrah claiming that the committee is not working on the bill in order to get it passed by Parliament.

Responding to the Committee chair, the minority Chief Whip and MP for Asawase, Alhaji Mohammed Mubarak Muntaka also accused the Chairman of the committee for delaying the process in getting their report on the Bill to the plenary deliberately since no serious effort is being shown by the committee in its work which has kept the committee beyond the required three months by law to complete its work.

He added that, the minority would henceforth oppose any Bill that will come to Parliament for consideration until the committee concluded its work on the LGBTQI+ Bill and submit their report to Parliament.

The Deputy Majority leader and MP for Effutu, Alexander Afenyo- Markin responded to Mr Muntaka's comments saying, the minority is just being mischievous, political and partisan since there is no objectivity and fairness in their submission.

Mr Afenyo Markin added that, if indeed the committee is deliberately delaying in their work, why is it that the minority was blaming only the chairman of the committee but not the ranking member , Bernard Ahiafor who is a member from the minority side.

He added that the committee is made up members from both sides of the House and therefore the chairman could not be singled out for the blame.

It is known as the Promotion of Proper Human Sexual Rights and Ghanaian Family Values Bill, 2021.

The object of the Bill is ti provide for proper human sexual rights and Ghanaian Family Values proscribe LGBTQ+ and related activities.