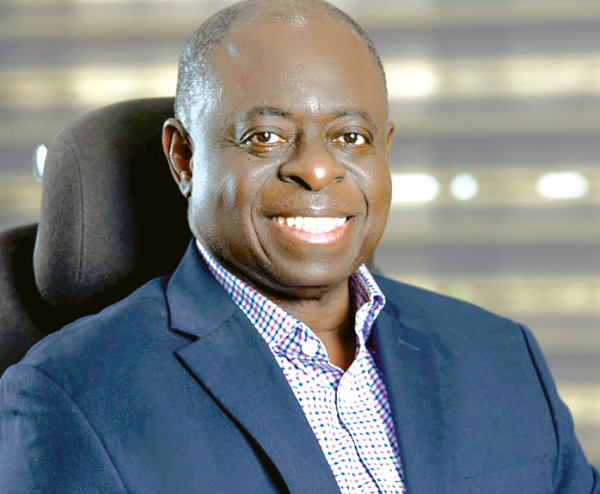 The Co-Founder and Board Chairman of Afrobarometer, a Pan-African Research network, Professor Emmanuel Gyimah-Boadi, has advocated the establishment of an Economic Community of West African States (ECOWAS) Democratic Governance Monitoring and Crisis Intervention Group.

Such a body, he noted, should comprise retired Presidents, army and security chiefs, the academia, prominent business and civic leaders to, among other things, monitor compliance with ECOWAS and African Union democracy and good governance norms during elections.

He said the group would also act on early warning signals of threats against democratic governance in the sub region.

Prof. Gyimah-Boadi made the suggestion when he delivered a paper on the topic “Democratic backsliding in West Africa: nature, implications for stability and development, remedies,” at the plenary session at the ongoing Kofi Annan Peace and Security (KAPS) Forum in Accra last Wednesday.

The two-day programme, which is being jointly organised by the Kofi Annan International Peacekeeping Training Centre (KAIPTC) and the Kofi Annan Foundation (KAF) in Geneva, is on the theme:
“Democracy and Governance in the Context of Complex Crises in Africa”.

The forum is Africa’s biggest forum that addresses contemporary peace and security issues on the continent.

According to him, dealing with “democratic backsliding” in the sub region required the strengthening of the rule of law, accountable governance and conflict management in times of peace and before conflict.

“Perhaps, the time has come for ECOWAS to limit presidential tenure as a constitutional norm in the sub region taking note of Afrobarometer data including consistently high levels of support for the norm," he stated.

Prof. Gyimah-Boadi said there was the need to also intensify civic and democratic education because democracy could not be sustained without demands.

“We must purposefully inculcate the deep values of democracy such as tolerance, inclusion, protection of the minority among other things and also address the pervasive inclusive deficits in West African nations," he stated.

In that regard, he said, there was the need to address gender and youth representation participation, dividend distribution gaps while considering placing a cap on the maximum age at which individuals may be eligible to contest to be President taking into consideration the youthful age of West Africa's populations.

He said between and beyond elections, strengthening individual states’ capacity to self-monitor democratic governance progress and internal self- review would also be required.