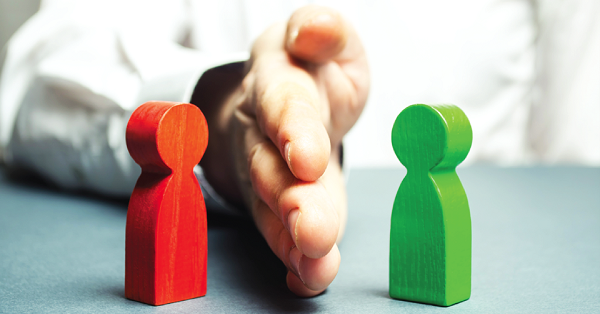 Firms engaged by governments must meet both the legal and appearance test
30.5k Shares

Conflict of interest allegations continue to engulf two public officials — the Minister of Finance, Ken Ofori Ata, and the Minister of State, Finance, Charles Adu-Boahen, but beyond these two is a conversation we need to have with regard to how we resolve the tension between the private and public interests of government officials.

What really is conflict of interest?

Several institutions provide definitions for conflict of interest as it pertains to them. I particularly like the definition from the University of Ghana’s Office of Research, Innovation & Development which says: “A conflict of interest is a divergence between an individual's professional obligations and his or her private interests. Such conflicts may not be unethical and do not constitute or imply any wrongdoing but they may lead to actual misconduct when considerations of personal gain or financial influence compromise an individual’s judgement and actions in the performance of his or her primary responsibilities.”

b) appearances not necessarily being unethical or criminal; but

The appearance test vs the legal test

During the “Hotel Kufuor” controversy in 2005, Prof. H. Kwasi Prempeh, wrote a brilliant piece titled “The “Hotel Kufuor” affair: the high cost of disregarding appearances” in CDD-Ghana’s Democracy Watch Newsletter (Vol. 6, No. 2, June 2005) in which he provided an excellent framework for resolving conflict-of-interest cases.

In the framework, cases of conflict-of-interest must pass two tests — a legal test and an appearance test. In the legal test, the transaction under scrutiny must adhere to all laid down rules and administrative processes. For example, the Ministry of Finance issued a public statement on June 1, 2021 in response to a news article that alleged private firms with a historic association with these two public officials were serving as advisors to the government. In that statement, it was noticeably clear that while the firms were not serving as advisors, there was sound and legal basis for the government engaging their services. I also, through my research, found that anytime the government is interested in issuing bonds, it puts out a public call (expression of interest) for firms that can provide expert help to submit proposals. The criterion for selection is clear, making it easy to understand a government’s decision when it selects a particular firm. Why then is there controversy if all the firms engaged to provide goods and services, including those associated with public officials, pass the legal test? That is because there is another test these cases must pass – the appearance test. Why? Prof. Prempeh forcefully argues the following: “In the realm of public ethics, appearances matter immeasurably because they affect the attitudes, beliefs and perceptions of the public. Appearances have an important effect on the levels and depth of public trust and credibility that a government can muster.”

It is, therefore, the failure of public officials and their defenders to appreciate the importance of passing the “appearance test” that creates the protracted controversies which, I believe, does the government and private firms no good. In further research of various bond issuances, I also observed that other financial institutions have regularly served as book-runners for the Ministry of Finance. I, therefore, asked myself why those firms are not caught up in the same controversy. The answer is simple — those firms pass the appearance test more easily because there is no direct association between them and the public officials for whose ministry they are offering an important service. And it is exactly for this reason that Prof.
Prempeh cautions against the over-reliance on the “legal test” or what he calls “excessive lawyerism.”

Where do we go from here?

Conflict of interest situations are not easy to deal with. Nonetheless, we must find ways through our administrative rules to ensure that firms engaged by governments meet both the legal and appearance test. It may be unfair to deny private firms which have proven expertise of opportunities to be engaged by governments. However, when the public is unable to delineate cleanly where the private interest of the public official begins and ends, on one hand, and where the public interest begins and ends, then obviously we have a pertinent good governance issue on our hands to deal with.

The writer is a Democracy & Development Fellow at CDD-Ghana