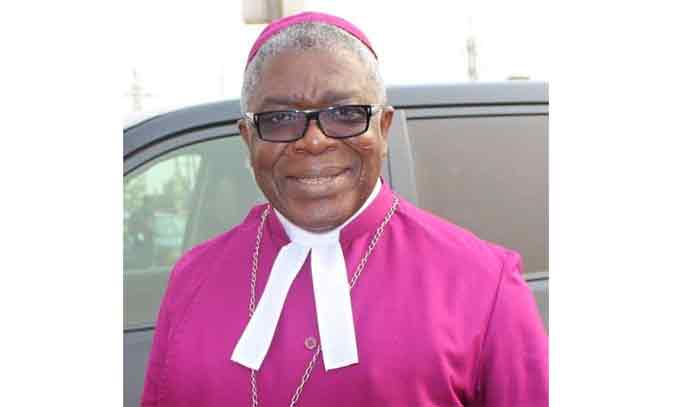 The Presiding Bishop of the Methodist Church Ghana, the Most Rev. Dr Paul Kwabena Boafo, has admonished churches and the entire religious community to channel some of their resources to undertake projects to support the national development agenda of the country.

According to him, such interventions in the areas of health, education, environment and sanitation would complement the government’s development agenda towards the progress of the country.

He said the church was an important partner in national progress and that it would not be in the interest of the country if the church failed to mobilise and commit resources to reduce the undue pressure on the government.

Addressing a thanksgiving service to climax the centenary celebration of the Ebenezer Methodist Church at Gomoa Ekwamkrom in the Gomoa Central District in the Central Regional last Sunday, he noted that the church must be development centred at all times to make meaningful contributions to society for the benefit of all.

He mentioned that the church must continue to make positive impact in the country as part of its corporate social responsibility, adding that “since the church operates within the society, it is duty bound to be socially responsible towards the progress of communities and the nation as a whole.”

The ceremony, which was on the theme: “Hundred years of Methodism in Gomoa Ekwamkrom: The impact on the community and beyond”, was attended by dignitaries including Mr Kwamena Bartels, the Board Chairman of the Ghana Oil Company Limited (GOIL); Mrs Naana Eyiah Quansah, Deputy Minister for Lands and Natural Resources and MP for the area; Mr Benjamin Kojo Otoo, Mr Solomon Darko Quarm and Mr Bismark Baisie Inkum, District Chief Executives for Gomoa Central, Gomoa East and Gomoa West, respectively.

The ceremony was also used to honour key individuals and personalities for their contributions to the growth of the church since its establishment 100 years ago.

Bishop Boafo noted that it would be wrong for the church to keep to themselves resources that they could use to either construct new projects or renovate existing national structures that were in deplorable states to make them more habitable and efficient.

He explained that it was quite disturbing to see dilapidated classroom blocks in some parts of the country, which put the lives of the occupants at risk, noting that “churches with the capacity to address such national challenges must do so in the interest of the children since education is the leveler for all people”.

In the view of Bishop Boafo, it is essential that the church puts in place a plan that will enable it to mobilise financial resources to fund social amenities, particularly in deprived communities, to make those residing there live dignified lives.

On the fight against insanitary conditions, he charged religious leaders to use their pulpit to intensify the campaign on the need for the citizenry to keep the environment clean to reduce the spread of preventable sanitation-related diseases.

The Central Regional Minister, Mr Kwamena Duncan, in his address, commended the Methodist Church for its contributions over the years in driving the development of the country, saying that the government would continue to work with the church to better the lot of ordinary Ghanaians.

He explained that the government recognised the contributions of the church to national growth and added that the political leadership would forge a closer relationship with the religious community for mutual benefit.