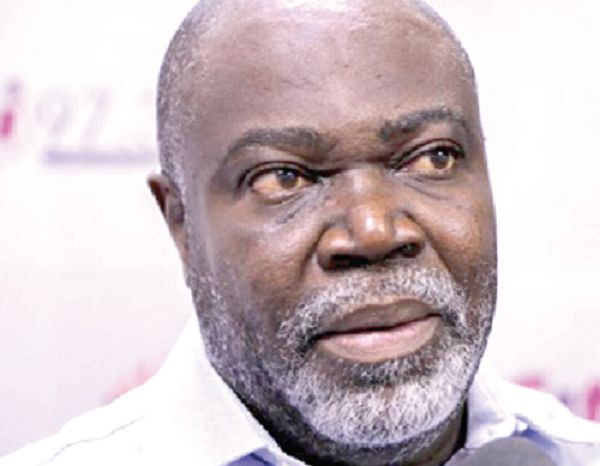 “From the above, what can justifiably be inferred is that the old system was due for a change to maintain reliability and provide support to the Electoral Commission (EC) and elections in Ghana,” he stated.

He told the Daily Graphic in an interview that he became convinced after reviewing the presentations the EC made to civil society organisations on January 16, 2020.

Mr Bonful said it was evident that procurement processes had even began to replace the old system, which also implied that membership of the major political parties knew the existing problems of the old system.

“We have also seen correspondence warning the past commissioner of a total breakdown of the system if they continued using it without upgrading and buying new devices at the huge cost,” he added.

He said from the old vendor, a new database centre was recommended at the cost of $15 million and the BVD at a cost of $900 plus, and also a yearly maintenance cost of $3.9 million.

Mr Bonful said it was the new commissioners who then invited an IT consultant, who the EC used in 2011 to advise them whether to continue with the old vendors and their high cost while still using the old system which was continually giving them problems.

He said the consultant then advised that the technology was old and expensive and, therefore, recommended that the EC conduct a market survey to compare prices since the amount in question was high.

Moreover, he said, there was also newer technology which could cost cheaper.

“Indeed, what the EC found out was that there was newer technology with an additional feature which was to help enhance the biometric verification, which cost less and the BVD would cost $400 each as well.

“Also, a new data centre was going to cost them $6 million with a three-year maintenance contract for $1.7 million. With this information, what was the EC supposed to do?” he asked.

Mr Bonful said just like any rational person, the EC opted for a discontinuation of the notification of award and started a new process of acquiring a totally new one for cheaper and more advanced too.

Responding to criticisms that the tendering process was not transparent, he said that could not be true.

“Clearly, only people interested in tenders follow advertisements to see them. The EC cannot be accused of hiding this public information. We should be following the process keenly to ensure the contract is suitable for our election process and that we would not be saddled with going through the same issues in a few years’ time,” he added.

On the acquisition of the hand-held devices at various stages of the contract, Mr Bonful said the EC only bought some in March 2012 and December 2013.

“Each time they only bought 500 pieces of the BVRs. After the initial total of 6,200, clearly it’s also about seven years old. From what the vendor himself said, they must have also reached end of life,” he stated.

Mr Bonful said looking at correspondence with the old vendor, it also did not show in any of the letters.

“At this point what one would like to see is the critiquing of the new technology or questioning the prices if we could find cheaper elsewhere. The brand and specs are not mentioned so how can we say they are one and the same?” Mr Bonful asked.

He was of the firm conviction that Ghanaians must help the EC grow and make it stronger.

“Let’s help them set up systems which we can verify and defend rather than continuously vilify them. Of course they haven’t always been right but as we grow our democracy, it will be in our own interest to make it better,” he stated.

Mr Bonful said if the format the biometric data was saved in was possible to migrate, then it should be migrated.

“So the issue becomes a technical conversation and not an emotional and sentimental talk which does not address the issues which are at stake.

“If it’s possible to migrate the old data, one would still need the voter to give a facial picture to the new system which would then capture the face of the voter. We should then be looking at a better way of getting that without opening it up for voters to present themselves for that to be taken,” he said.

On the mode of transmission to the district offices for the picture to be verified, he said whereas the old vendor was using the satellite transmission which could have challenges with transmission, “the new one is going to be done by MTN which runs on telephony using the android system in the devices”.