Ghana is not back to HIPC – Information Minister 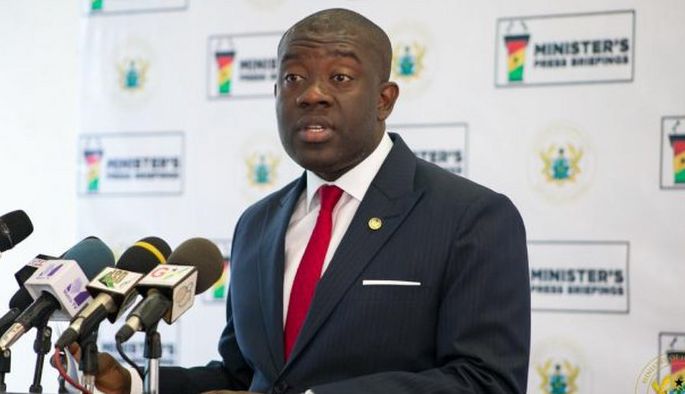 The Minister of Information, Kojo Oppong Nkrumah, has refuted media reports suggesting that Ghana has been listed as a Highly Indebted Poor Country (HIPC) due to its declining economic situation.

According to him, government did not apply to the International Monetary Fund (IMF) or the World Bank to be listed onto HIPC programme and urged the public to disregard such false reports.

Mr Oppong Nkrumah responded to the allegations at the fifth edition of the Nation Building Updates in Accra.

The Minister said such viral fake news reports were part of a broad and deliberate strategy by some persons to deceive the public ahead of the December 7 polls.

He noted that currently, there was no ongoing HIPC programme under implementation by the IMF or World Bank.

“We (government) categorically say that it is not true that Ghana has been declared HIPC or have been added to a list of HIPC countries. The highly indebted poor countries initiative or the HIPC Initiative was a particular programme that was rolled out by international organisations like the World Bank, the IMF and the Donor partners in 2001.

“It was a programme limited to a particular point in time in which Ghana and other countries applied for, benefited from it and exited and was done with. Currently, there is no HIPC programme ongoing for any country to apply for.

“So if anybody is spreading and adding to it a narrative that Ghana is now a HIPC and has been listed on an IMF or World Bank publication as such, we want to encourage all Ghanaians and the media to be circumspect and be aware that it is not true. It is a false narrative,” he explained.

He added that the Akufo-Addo-led government upon assumption of office in 2017 was implementing strategic programmes and policies that restored the bad economic situation inherited from the previous government and that all the macroeconomic and fiscal indicators were heading on the right direction.

The burgeoning economic status, the Minister said, enabled the Akufo-Addo-led government to roll out various social interventions such as the free supply of water and subsidised electricity to lifeline consumers during the COVID- 19 pandemic restrictions.

Mr Oppong Nkrumah explained that the Kufuor-led government after inheriting a bad economy in 2001 applied for the HIPC programme, which resulted in the cancellation of portions of the country's debts and has since exited the programme.

The Minister urged the media to do thorough cross checking of any information well before publication, since some persons had hatched the plan of disseminating false news ahead of the elections.