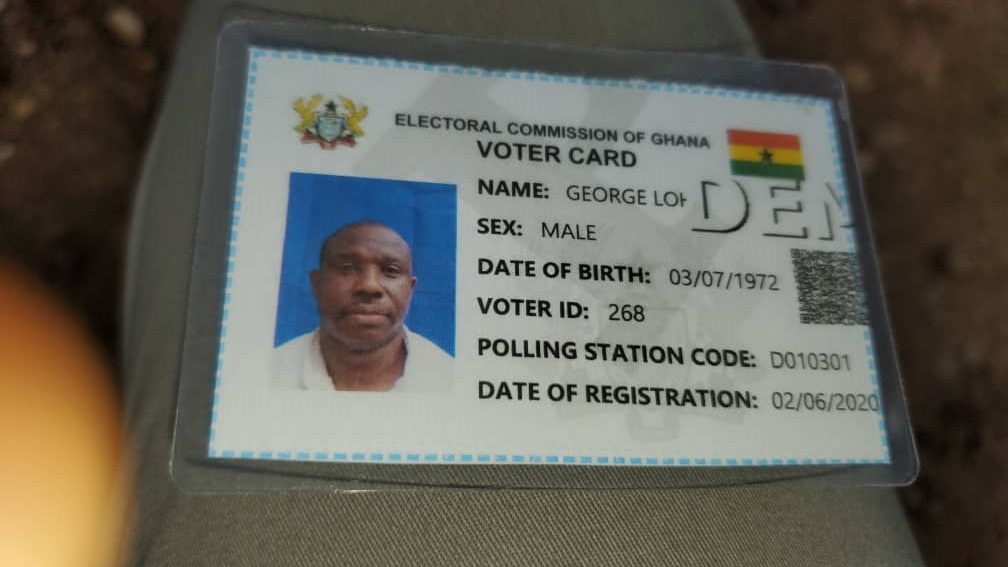 Mr George Loh is currently the Volta Regional Vice Chairman of the NDC. He participated in the pilot voter registration exercise in the Electoral Commission's office Ho on Tuesday.

Former Member of Parliament for North Dayi on the ticket of the National Democratic Congress (NDC), Mr George Loh has explained that he participated in the Electoral Commission's pilot voter registration exercise on Tuesday to be sure of how the exercise was ongoing.

There have been concerns that even though the National Democratic Congress (NDC) was opposed to the new register, it was preparing its members to get ready to register.

On social media, some have said Mr Loh's participation in the pilot exercise was a move which, was not in consonance with the position of the NDC.

But Mr Loh in a radio interview with Accra based Citi FM on Tuesday evening said his participation in the exercise does not change the position of the NDC.

He disagreed with the suggestion that his action was hypocritical to the party's position.

Mr Loh is currently the Volta Regional Vice Chairman of the NDC.

He participated in the pilot voter registration exercise in the Electoral Commission's office in Ho on Tuesday.

Asked in the radio interview if his action was not something that indicates he has abandoned his party in the cold in relation to the fight against the new voters register Mr Loh said:

"We have remained resolute that it is not a wise decision for the EC to say at this time, that they are going to compile a new voters register. and so it is untrue if anybody says that anybody in the NDC, let alone me, George Loh has abandoned our party's position."

He said there was no need to mix the issues because the NDC has not said anywhere that it was abandoning voting in Election 2020 and that the party has said that "at best the EC's option should be a limited registration and not a compilation of a new voters register.

"If it is time for limited registration, the EC will use the system, won't they? And so if they are piloting what they say are new machines don't we deserve to know what kind of things they are doing and if there are any hanky-panky games we prepare ourselves? So clearly, this thing is funny and all those doing mischief with it should better stop because the card that is being showcased is a dummy card, I cannot use it in any election."

"So nobody should walk around with their minds thinking that, yes some people have acquired cards and they are going to participate in the voting that is going to happen in the compilation of a new voters register. This card given me has nothing to do with the new voters register, it is only a pilot of a system they say they are bringing, and some of us wanted to be sure, that yes."

Mr Loh said as a Regional Vice Chairman in the Volta Region, he has a responsibility to ensure that proper things are done in the region and that he was called by the Regional Chairman to go and see what was happening there [EC office] and "I went, and so it is part of my official duty to ensure, and I didn't go alone, I went with other officers of the party. But I am saying that as a party, we deserve the right to know what is happening at all material times."